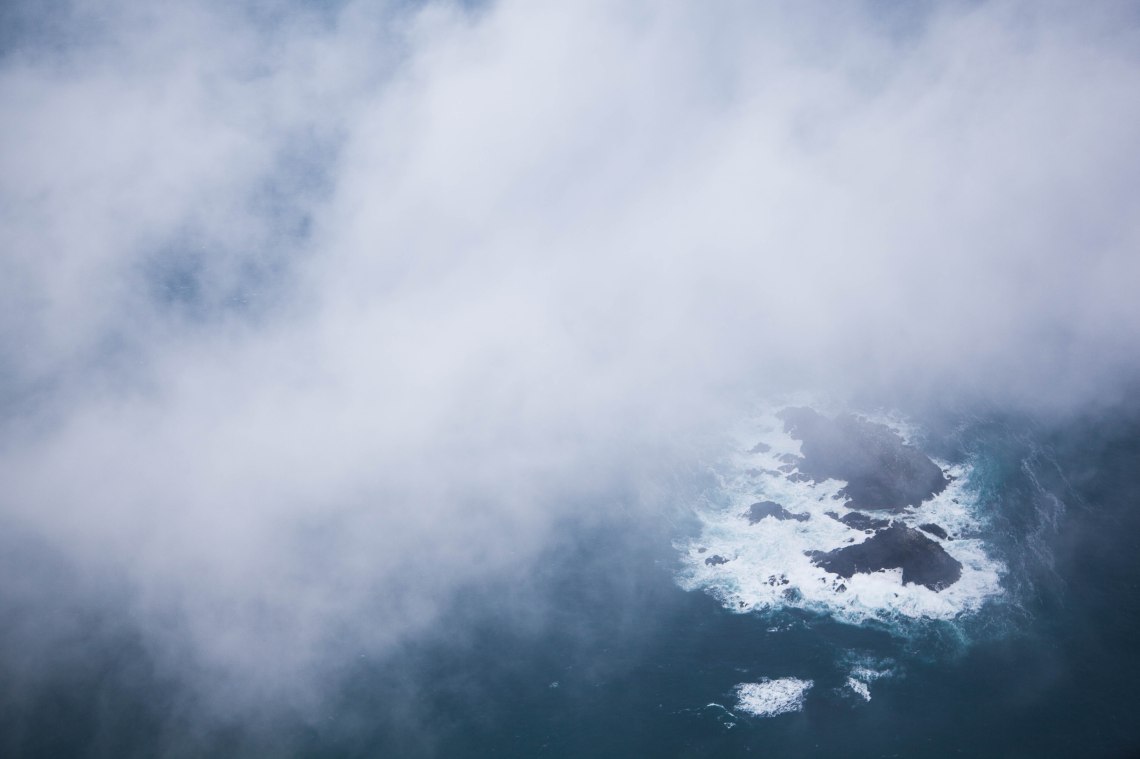 To truly comprehend how isolated and tucked away the Isles of Scilly are, you have to get there. My travelling began at 4:30am, and after using four modes of transport I arrived on St Mary’s at 1pm. It was a complicated and fiddly excursion but when I finally arrived, eating chips overlooking a vast expanse of ocean, I knew I was really at the edge of Britain. 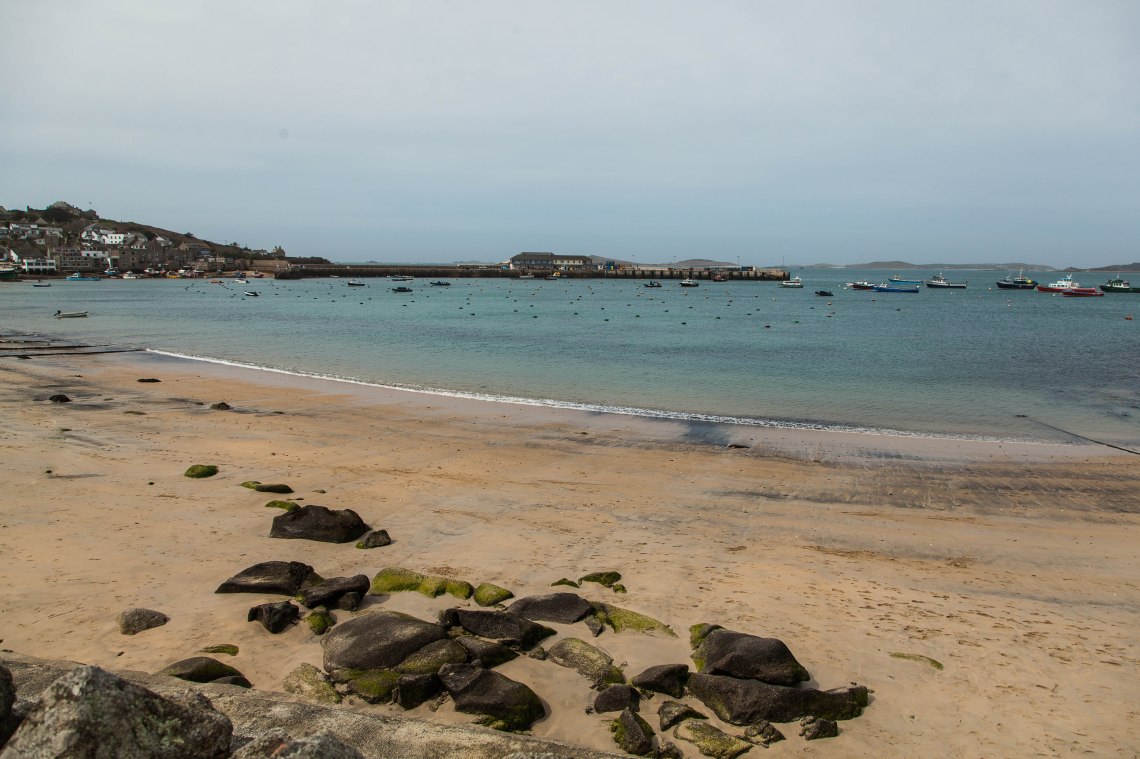 Passionate gusts of wind blew the smells of salt and seaweed off the coast. The air was alive with birds. If I closed my eyes it was the same as home – wrens belting out their embellished trills, blackbirds speeding underfoot with shrieks of alarm – but as I was watching a dunnock I heard something that I thought at first to be a great tit, but the two syllables were the same pitch. Then, confirming my suspicions, a tiny brown, featureless bird appeared. My first chiffchaff in the flesh.

Later in the day I was struck with another bout of stress and worry. What if the flowers I wanted to photograph weren’t there? What if it rained every day this week? And as I stewed in paranoia I got a sign. I normally pulled faces at signs but this had to be something of an existential signal. As the sun went down the sky was alight with rich colour so I took my camera and headed down to the beach – only about twenty paces from the flat – and started taking photos of the foliage silhouetted against the sky. The sun sank so quickly that in minutes it had completely disappeared, but it was one of the most stunning sunsets I’d seen in months. There were other people taking photos too, and I heard one woman say “This is the best I’ve seen so far this year.” I arrived on Scilly this afternoon, and the day ended with a sky like that. I still felt apprehensive about this week, but my worry was also mixed with a little more optimism than before. 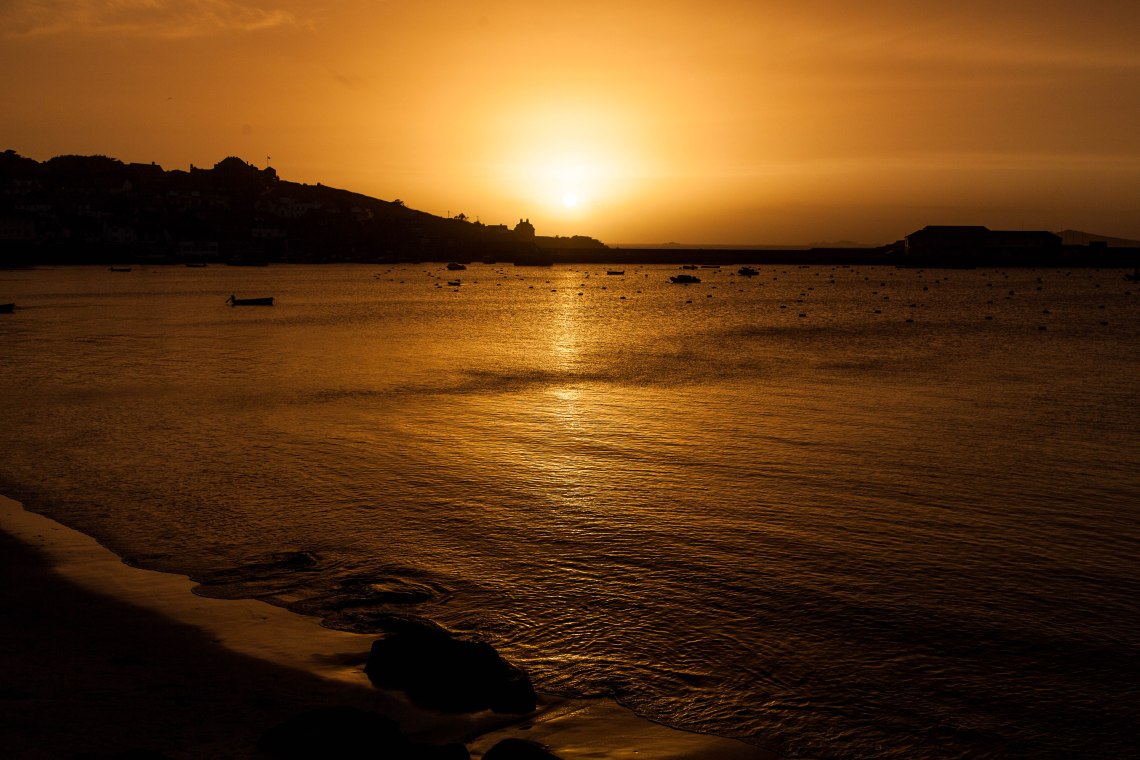