The drive to Burghead was beautiful. As the town is situated on the edge of a peninsula protruding into the Moray Firth, it is surrounded by open ocean on three sides. As we drove up the high street it felt like we were at the edge of the world, and in a way we were. Northern Scotland could just be seen in the distance, but the space between still seemed vast. When we couldn’t drive any further, we found the cottage my parents were staying in and were greeted by a very happy Cockapoo who’d missed us both.

I woke the next morning to see that the orange blinds were framed by a border of bright white light, and when I peeked behind them there lay the ocean, twinkling enticingly. After a hasty shower and breakfast we were off, keen to explore.

We made a beeline for the coast, climbing up to the highest point to take in the views. Down below, oystercatchers zoomed past, their alarmed cries cutting through the wind. A pair of cormorants glided effortlessly by, slender necks held parallel to the choppy waves below. I kept my binoculars trained on the horizon for a sign of dorsal fins breaking the surface. The Moray Firth is home to a resident population of more than 140 bottlenose dolphins, but we didn’t spot any stood up on the crag today. 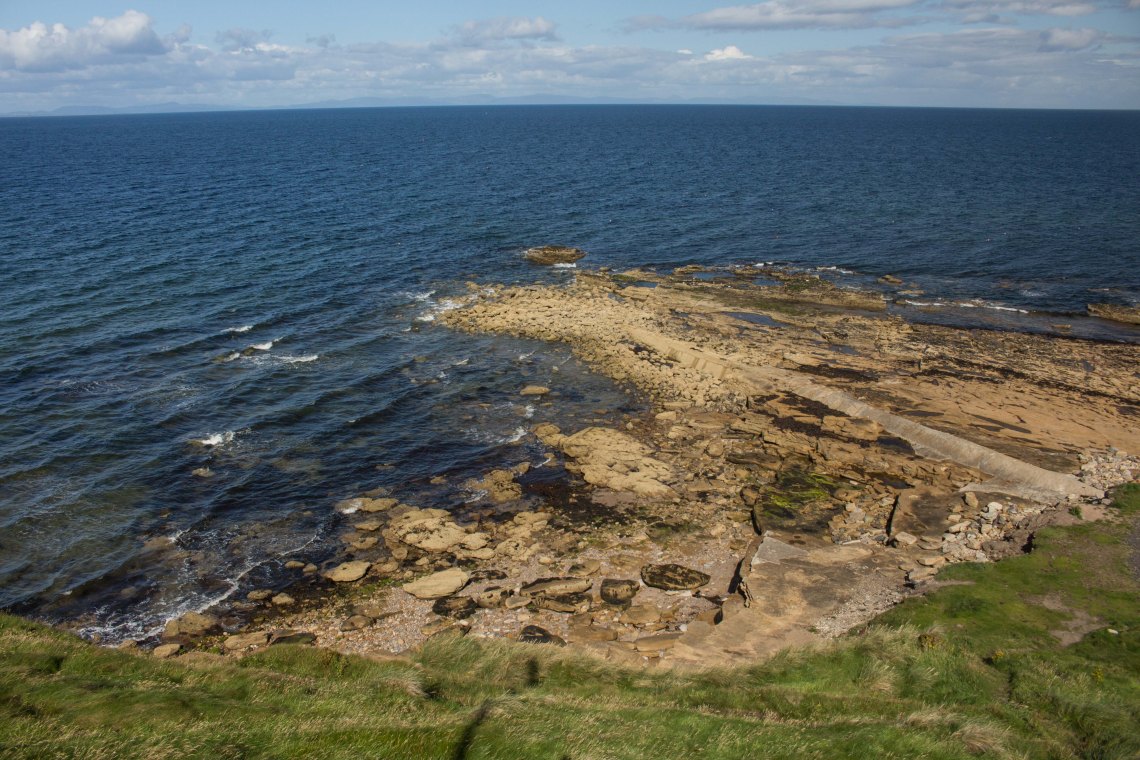 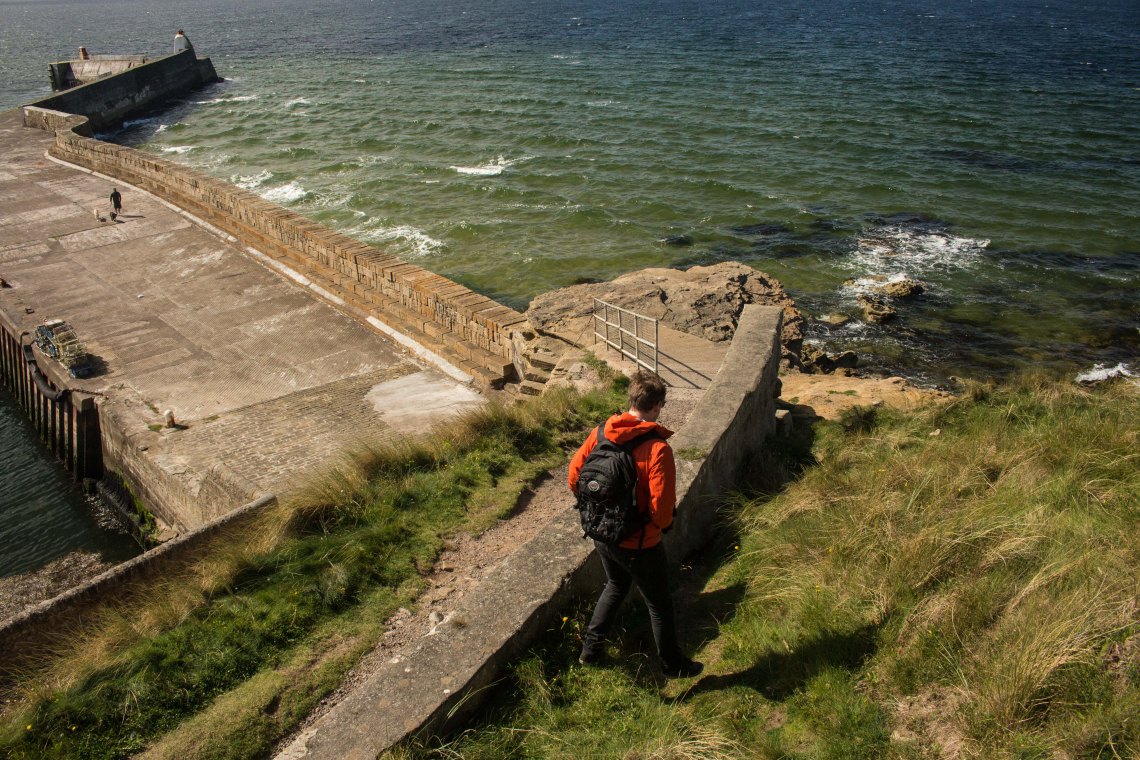 Once the wind had completely numbed our ears, we made our way back down and walked along the harbour, where a mix of tattered old and shining new boats stood resting in the docks. Down on the shingle bank, a pied wagtail hopped from rock to rock, waving his tail in the typical fashion of his species. We stumbled across a collection of crab claws and shells sprinkled across the concrete – perhaps a favoured feeding station for gulls and other seabirds. 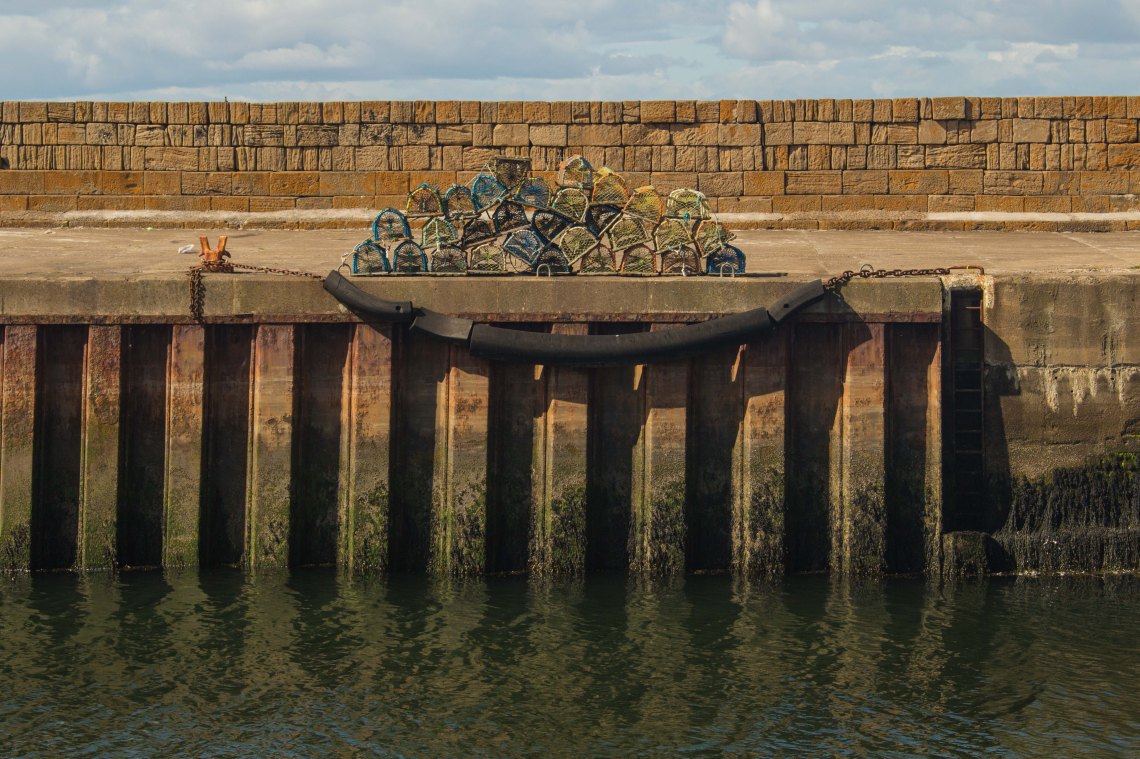 At the far end of the harbour I had another look for dolphins, with no luck. Every time a wave broke and a plume of froth shot upwards my heart leapt, but it was just the ocean playing tricks. The water was a stunning colour; azure blue and bottle green blending like marbled ink. Together with the rough rocks spotted with white barnacles, the sight was a feast for the eyes. 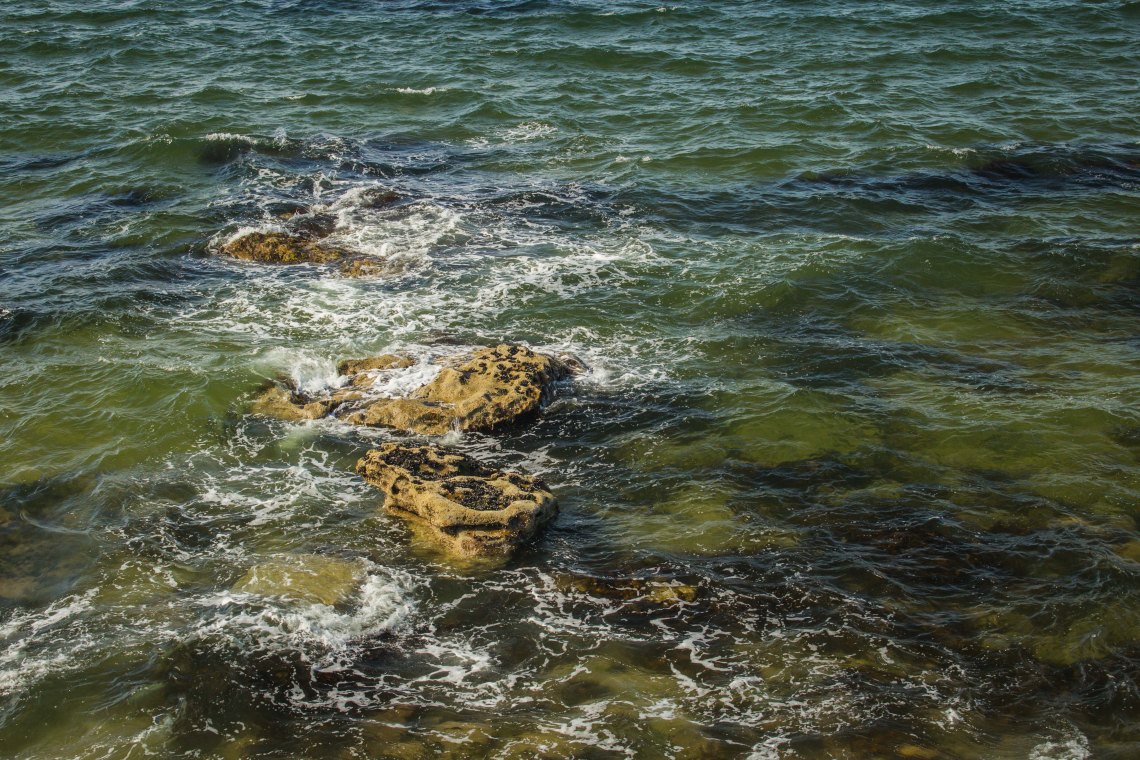 A combination of the walk and the sea air had brought on an appetite, so we headed back to Main Street for some lunch. A beautifully fresh crab linguine filled the spot, but I still had room for a raspberry ripple waffle cone to lick on the walk back. We’d planned to wander down to the sand to find crabs or maybe starfish, but just at that moment the clouds grumbled and it began to pour, so we hurried back to the cottage instead. Shut inside, all there was to do was have a look at the photos from today and plan where to go tomorrow.