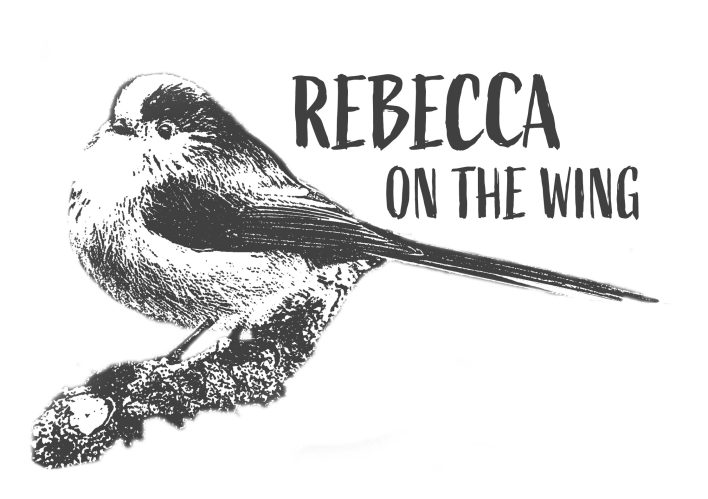 After sharing four of my top wildlife sites in the UK I began to think of more and more, so here are another set of places that everyone should visit. Read on for dwarf pansies, red squirrels, white-tailed eagles and a particularly spectacular murmuration.

It sounds like an exaggeration but the Isles of Scilly really are incredible. I chose Scilly as the location for my final major project during my undergraduate degree and spent six days wandering through remote and near-tropical landscapes. Despite only being 28 miles from Cornwall, Scilly is so separate from mainland life that many of its species have evolved differently. The blackbirds have blood orange bills instead of their usual tangerine, wrens sing different songs and some plants are found nowhere else in the UK but on those few scattered islands.

I was there to try and find the dwarf pansy, a flower so tiny that the petals barely cover a little fingernail. By some miracle I found it, but Scilly also surprised me with its dramatic geology, impressive bird life and scorching temperatures. I didn’t have time to visit all the islands, but Bryher was by far my favourite. As well as the dwarf pansy, I found the furious waves of Hell Bay (the name is no coincidence), swarms of dog violet blooms and beaches impossible to describe without using clichés. I’ve promised myself I’ll go back to Scilly, not only to tick off the other islands but to just spend time in a place with barely any roads, air so clean that lichens bloom on almost every tree, and plants so special that crazy students travel hundreds of miles to find them. 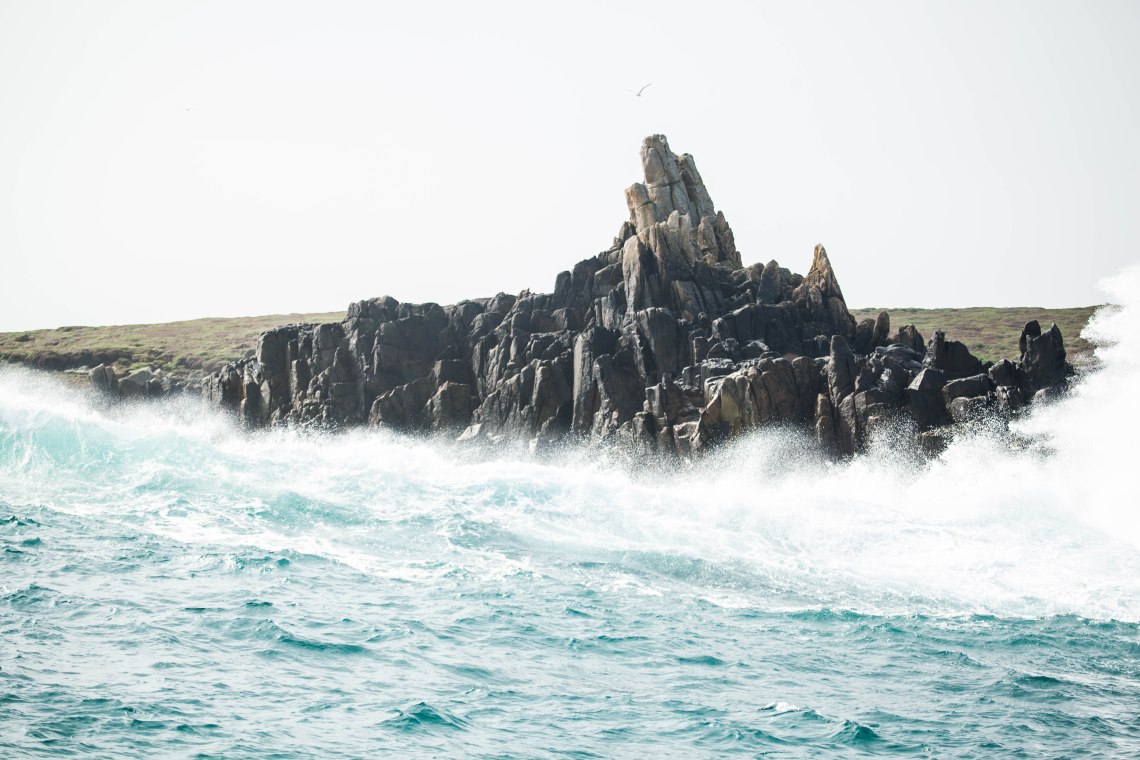 My mum had never seen a red squirrel before I took her to Eskrigg Nature Reserve. I’d been spoilt rotten there; after only two visits I’d seen about ten squirrels foraging six feet in front of me. Eskrigg is an exceptionally special place, managed by an exceptionally special person. I made a short documentary about Jim Rae for a university assignment and learnt just how much he has done not only for the reserve but also the community in Lockerbie.

As well as red squirrels, I have spent hours watching bramblings, great-spotted woodpeckers, siskins and even a female mandarin duck on a rare visit. When my parents came to see me I took them straight to Eskrigg. While Dad occupied the dog, I sat with Mum outside the hide (no need to sit inside with such laid-back wildlife) and waited less than twenty minutes before squirrels were bounding and chasing right under our boots. My mum had the same look of complete adoration on her face that I did the first time I saw them. There are certain animals that make a person’s mouth fall open and demands all their attention. Red squirrels do this effortlessly. 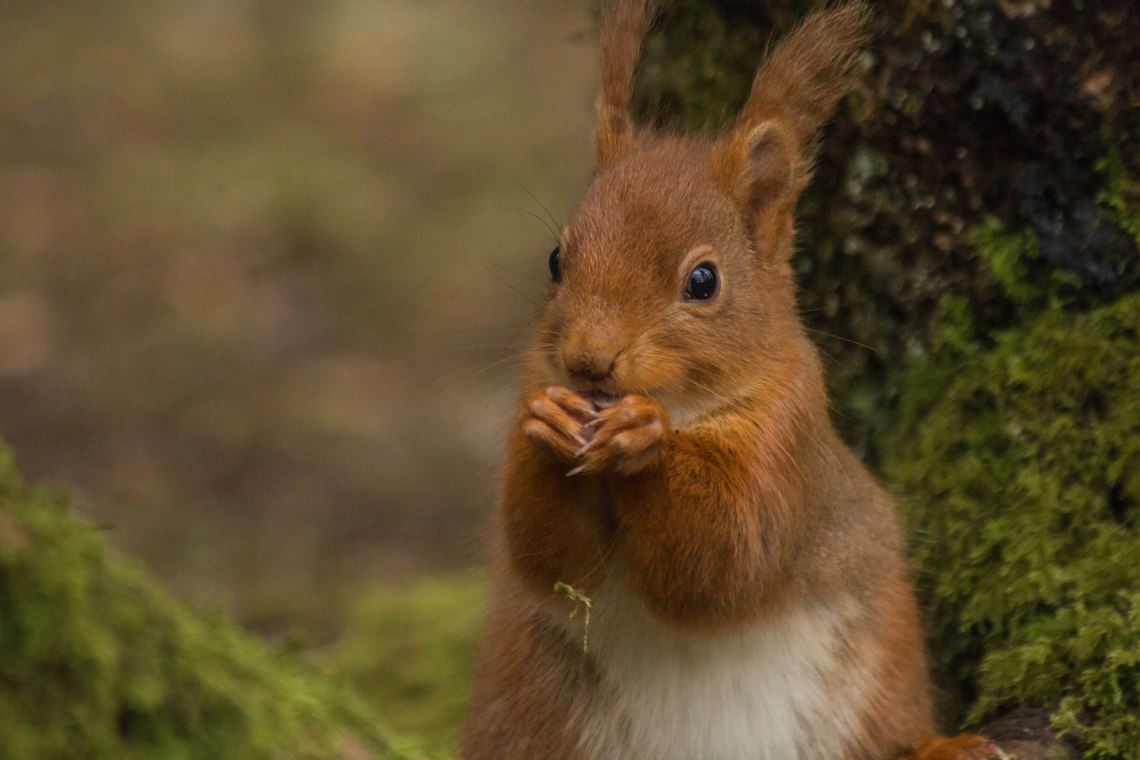 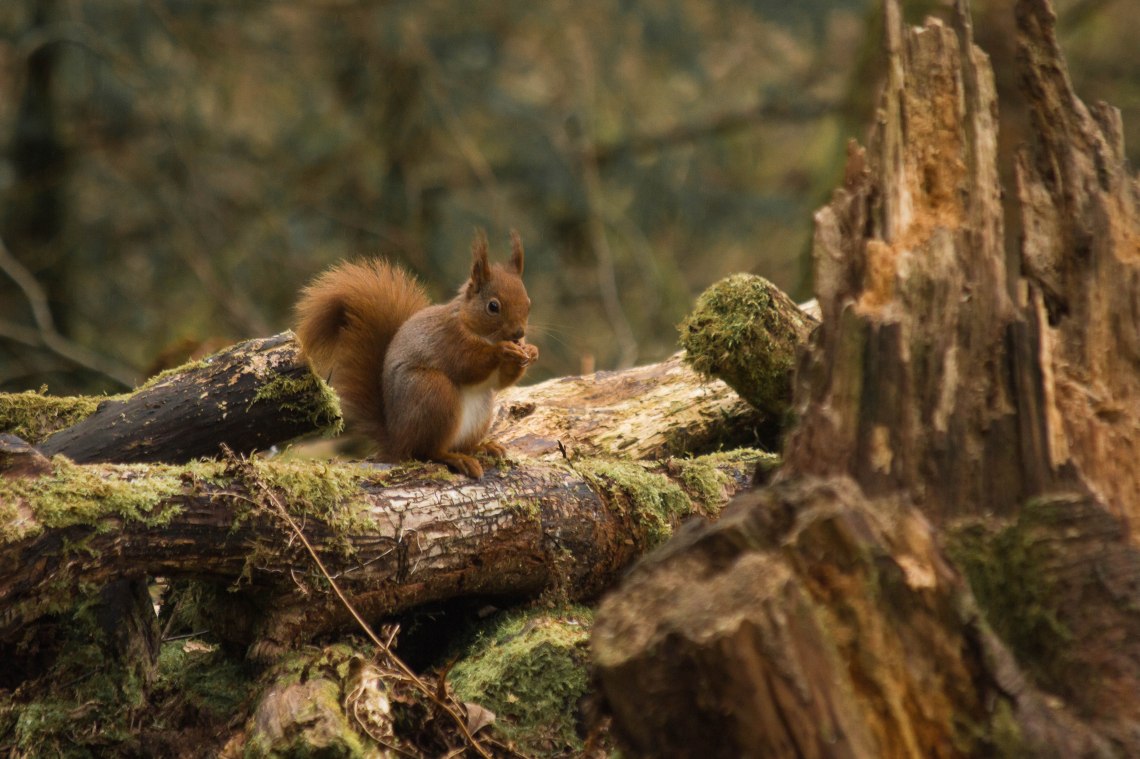 I could write pages about Carna. I went there in 2016 on an expedition with Wild Intrigue to leave technology behind and rewild myself. Carna is situated in Loch Sunart on the west coast of Scotland. We spent five days staying in one of two cottages on the entire island, which is let out to people looking for a break in complete seclusion. Even the deer have to swim to get there, which is certainly an unusual sight.

This was my first real foray into Scottish wilderness, and I couldn’t have asked for better guides. I didn’t know Heather and Cain well then, but they have since become good friends who have not only taught me most of what I know about wildlife, but have given me amazing opportunities, not least a year long internship as their Creative Content Developer.

During my stay on Carna I saw my first otter, cuckoo, golden eagle and white-tailed eagles. You know you’re in a truly wild place when white-tailed eagles become a regular occurrence after the first couple of days. We found common blennies, butterfish and dog whelks in rock pools, caught a female wood mouse in a live-capture Longworth trap and recorded foxes, roe deer and voles on trail cameras. It was a crash course in wildlife fieldcraft that showed me just how diverse Scotland is, and will always be remembered fondly as my first true wildlife trip. 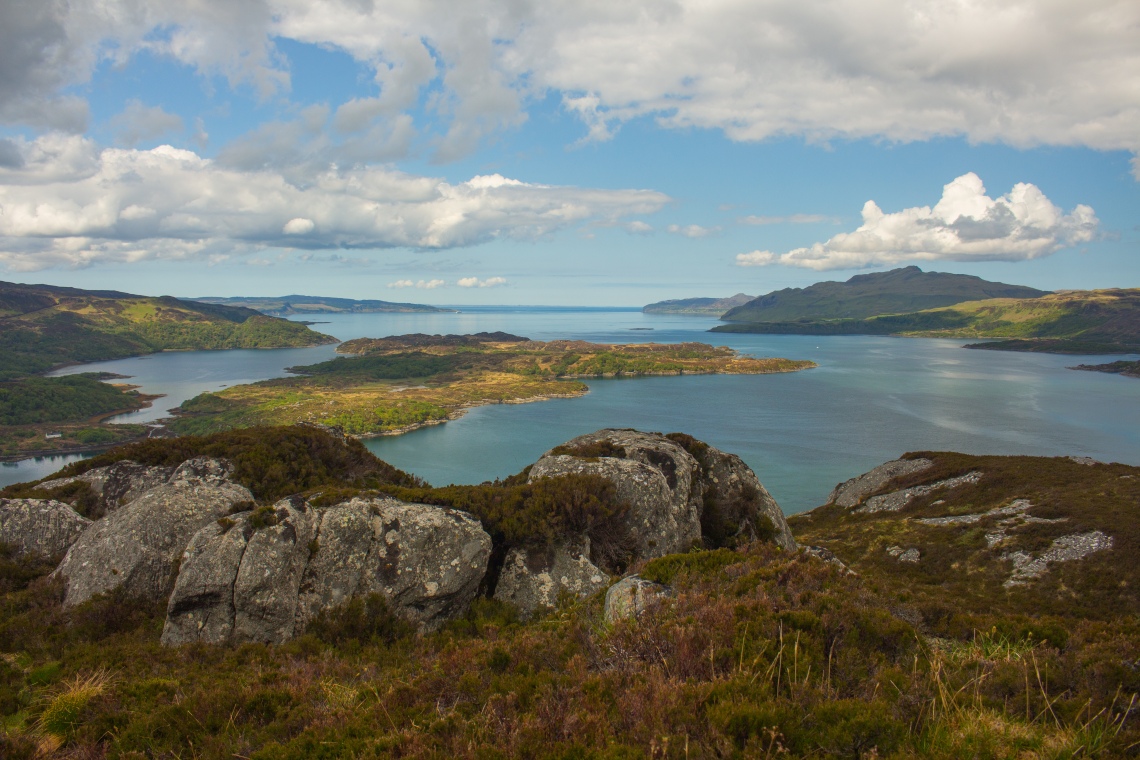 Before our trip to Avalon Marshes, my time in Somerset had been windy, soggy and cold, so I wasn’t feeling particularly inspired when we arrived just as more rain was spotting my face. We headed along the river and took our position looking out over a reed bed. Forty minutes later, I was trying not to fall backwards as I watched 250,000 starlings swirling over my head. I’d never seen a starling murmuration before, and I was being thoroughly spoilt with my first experience. Not only starlings but a merlin, marsh harrier and peregrine falcon trying to snatch a meal, as well as a grey heron that chose the wrong time to take flight and found itself in a starling storm.

As majestic as murmurations look on TV, they are nothing compared to the real thing. The sound of that many starlings flying over your head is like soft rain, which is amplified by cupping a hand around your ear. I had my mouth hanging open like a cartoon character the entire time, scarcely believing the swarming shapes I was seeing. It was like a static screen come alive. Eventually, the starlings swooped down to roost, almost at the same time. The reed bed became a seething frenzy of voices and the sky was empty again. 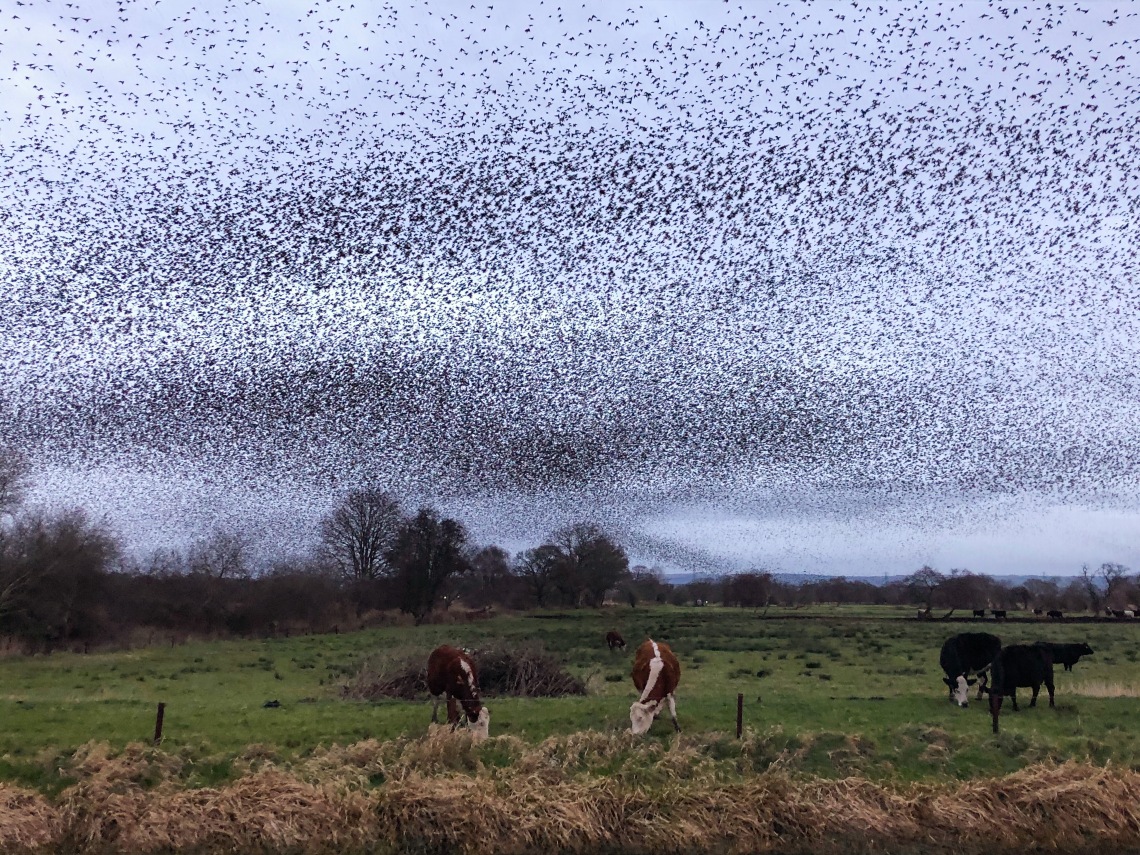 2 thoughts on “My Top Wildlife Sites 2”