Sadly the day began with no visitors to the Longworth trap we’d set out, but on a positive note the Cheviots were shining under the sun again. I walked up towards the conifer plantation where we saw the red squirrels and drank in the views. Northumberland National Park was beautiful even on a grey day, but when the sun was bright and the clouds’ shadows were drifting across the hills, it was truly stunning. Despite the river gurgling many metres below, I could hear it as clear as if I was standing on the shingle bank. With no disturbance and very few voices on the air, sounds sliced straight through the landscape. It was one of the most tranquil places I’d ever been to.

After gathering our bags together ready to leave Chesters, we went on a final walk to a new plantation close to the bothy. As we scanned the horizon, we spotted three buzzards circling. Heather told us it was a courtship display, where the males soared high into the sky then dropped down in a dramatic feat of bravery to impress would-be partners. It was fascinating to watch – I only hope the watching females were as impressed as I was!

The plantation we visited was dominated by larch trees, and despite fragmentation of woodland in the Cheviots it was a very old habitat. We could tell this by the presence of tummocks; moss growing over the rocks. This kind of succession would take many years to take place, meaning the habitat had become established a long time ago.

Throughout the plantation, there were many holes in the grassy bank of many different shapes and sizes. Commonly, a fox hole will be oval-shaped, while the sett of a badger will have a sideways oval opening. Meanwhile, a rabbit warren will be made up of many holes of similar size. There were also a lot of droppings, including the dimpled pellets of roe deer, fox and what Heather suspected to be pine marten, which was a really exciting find with a pine marten never having been seen at Chesters. Both of the scats belonging to predators had been deposited right outside the opening of a rabbit warren; a sign to other predators that the poor rabbits within were claimed prey. It was a sinister sign, especially for emerging rabbits!

In fact, the plantation had a likeness to a graveyard. Mammal and bird bones littered the forest floor, from woodpigeon and pheasant to ram skulls. I found a pheasant’s pelvis, which was beautifully intricate and incredibly fragile. However, bones weren’t the only treasure. After nearly stubbing my toe on it, I found an open orb of white quartz within an ordinary rock. The crystals in the crevice were tiny, but reflected the sun in dazzling fragments.

Shortly after, we found an even more peculiar discovery. Hawk-eyed Heather spotted a patch of bright red up in the tree canopy. There, lying in a nest on the end of a bough was a dead red squirrel. Although it was a sad sight, it was also a fascinating one, certainly something I’d never seen before. We debated whether the nest belonged to the predator, or perhaps the squirrel had simply been stored there, or the nest was being used as a plucking post, as is often the case with birds of prey. We walked around the tree looking for feathers or pellets that would tell us the culprit, but there were no tell-tale signs. It was a real mystery that we unfortunately never got to uncover! 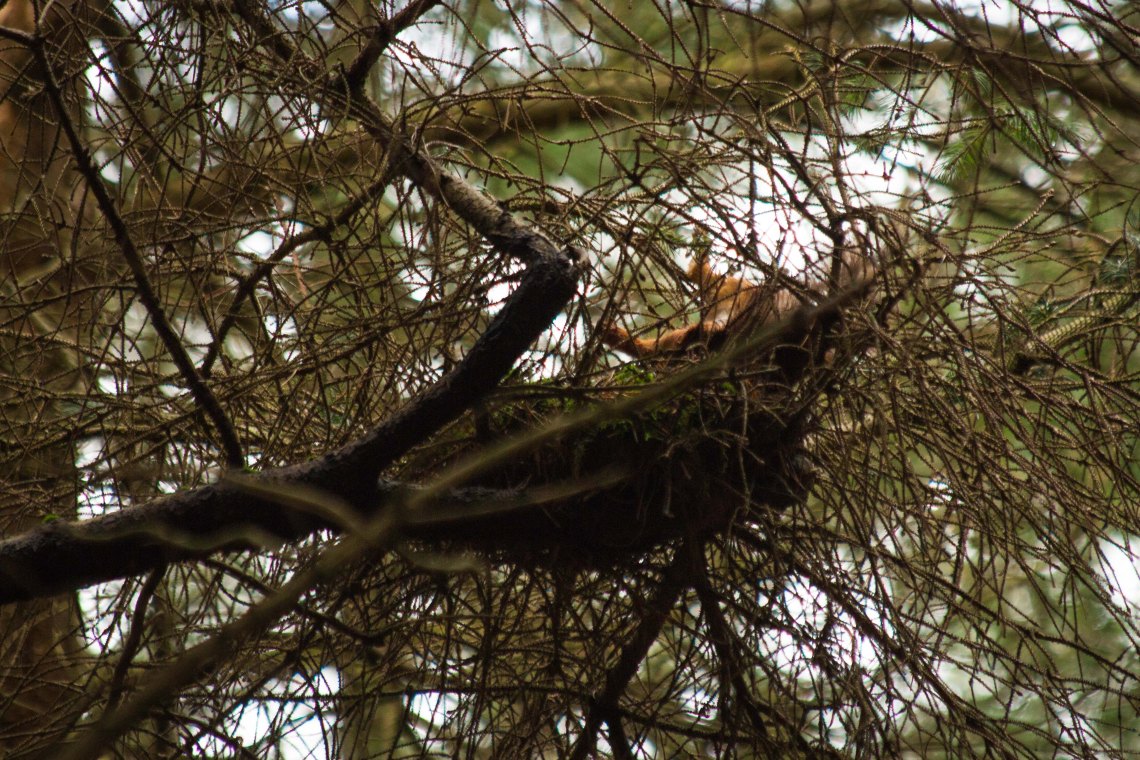 Soon we returned to the bothy, carefully carrying the treasures we’d found including the quartz and animal bones, as well as an array of feathers and owl pellets. We spent the rest of the day packing to leave and reflecting on the experiences we’d had over the weekend. As a final send-off, we had a rabbit visit the garden and put extensive time and effort into digging perhaps the beginning of a warren not two metres from the front door. I tested my luck and crept outside to watch him, and was amazed to find him so calm in my presence. Every few seconds he would stop and peer at me, dry earth sprinkled on his head like brownie crumbs, but each time he was convinced I was no threat and continued his work. It was the closest I’d ever been to a wild rabbit and a real privilege to be able to film it digging and moving twigs aside with its long lagomorph teeth. It was perhaps my favourite wildlife encounter of my time at Chesters, and happened right on the bothy doorstep. 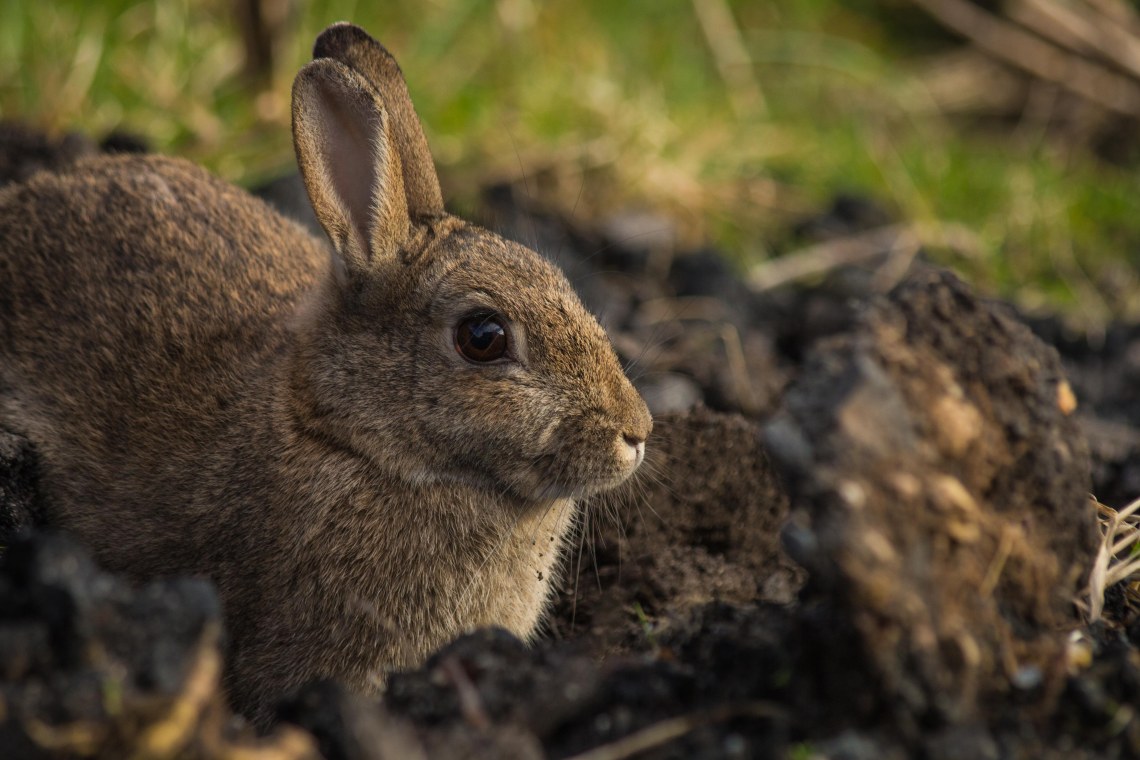