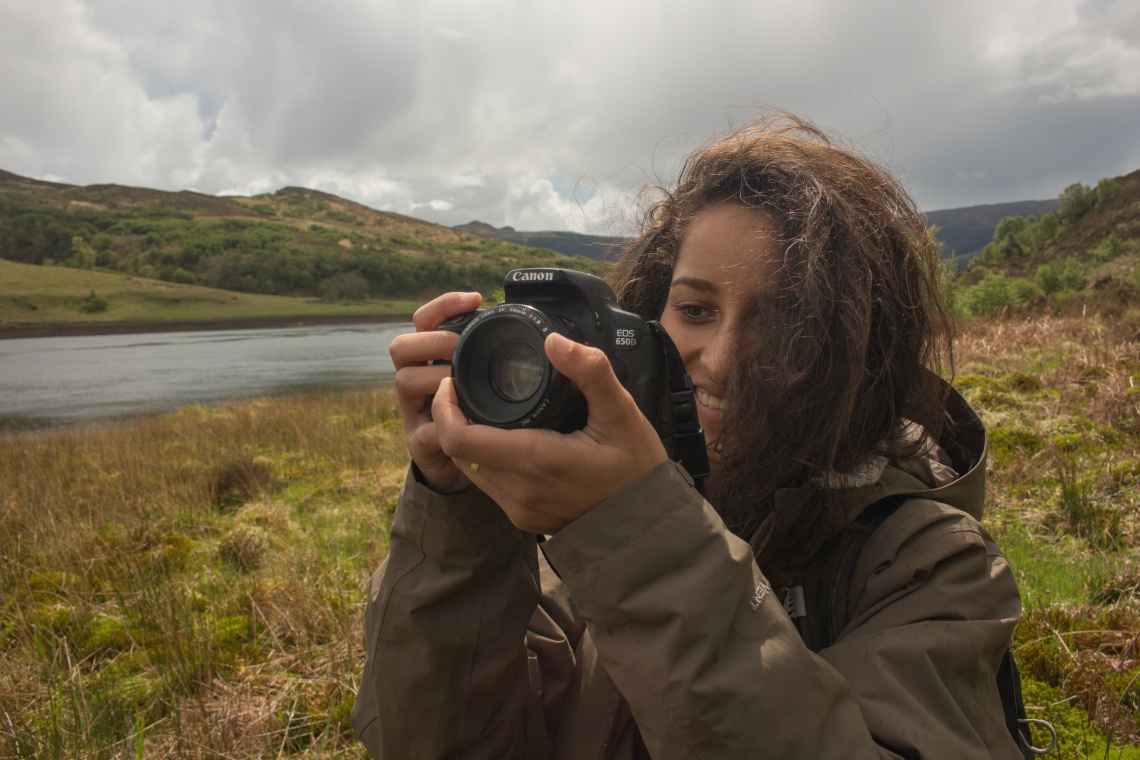 After a great night’s sleep we woke to brilliant sunshine. Over breakfast, we started writing a storyboard for a film that would document our Carna experience. After some lunch, we headed out with Heather and Cain for a walk across the island. Naturally our pace was slow as we were stopping every few seconds as a mystery bird swooped over or a brief flash of brown promised an otter. Once again we were rewarded and saw many different species of bird, invertebrate and mammal.

Of birds we saw a cormorant, common sandpiper, buzzard, rock pipit, grey heron and a pair of cuckoos, something we were all excited to see. We also found two drinker moth caterpillars, beautiful insects of black, hazel and amber. During the day we were fortunate enough to see mammals too. We were just admiring a view only the birds got to see when an otter came into view. It was hard to tell the gender, but we watched it for a while diving into the water and popping up again in a new spot. Heather explained that when a dark blob in the water was hard to distinguish, otters always show their tail when they dive under while seals do not. Our otter soon climbed on land and disappeared from view. We made our way down the hill after it but the sneaky mustelid was long gone. A lens change and a snack later, we spent some quality time perched on the rocks watching a herd of Common seals lounging in the sun. The group was spread out over two sub-islands; one was a skinny scrap of shingle where six seals were basking, both adults and juveniles. Seals are always so entertaining. Despite hardly moving, they provide endless enjoyment. For me it’s a combination of their banana pilates move, orb-like bottomless eyes and long white whiskers speckled with sand. 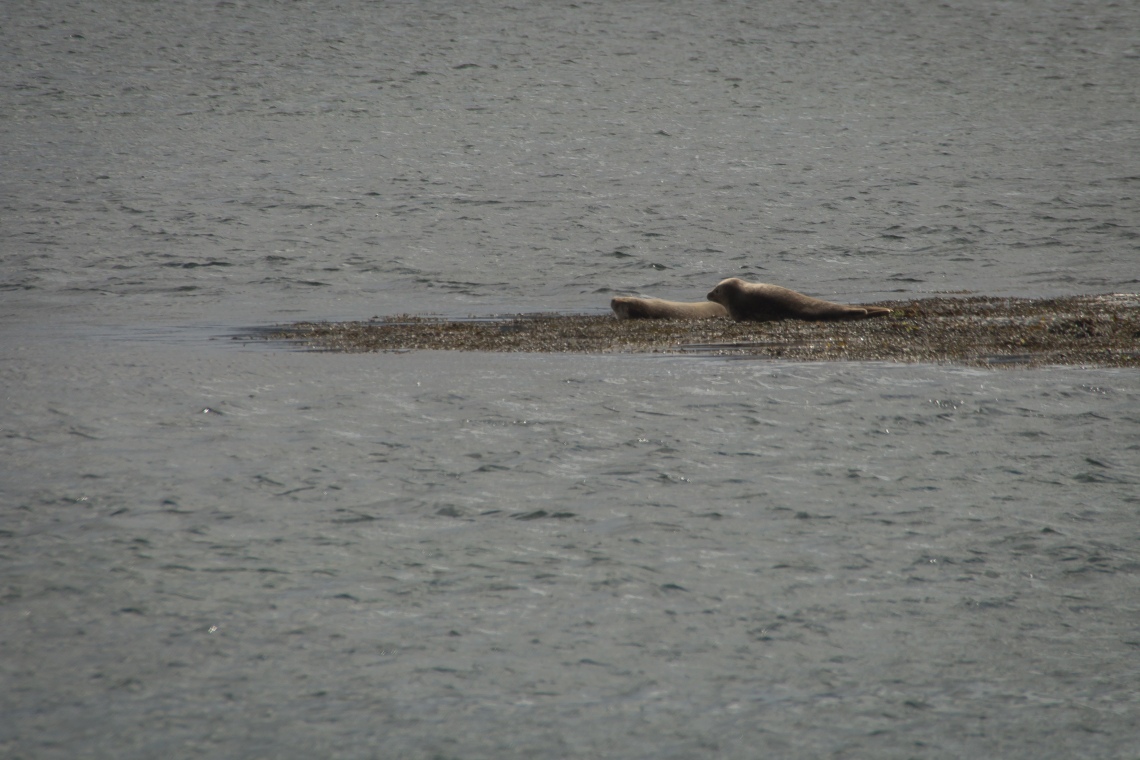 In a while we left the seals behind and headed into the wood. The area was predominantly silver birch; the thin overhead branches of the species allow bluebells to cover the forest floor in splashes of violet. We ascended up and up and started noticing several spraints left by otters, as well as some evidence of deer scat. The grass had been worn down in a narrow pathway, indicating that the area was frequently used. This looked like a good place for one of our camera traps, so we set up the kit and crossed our fingers. 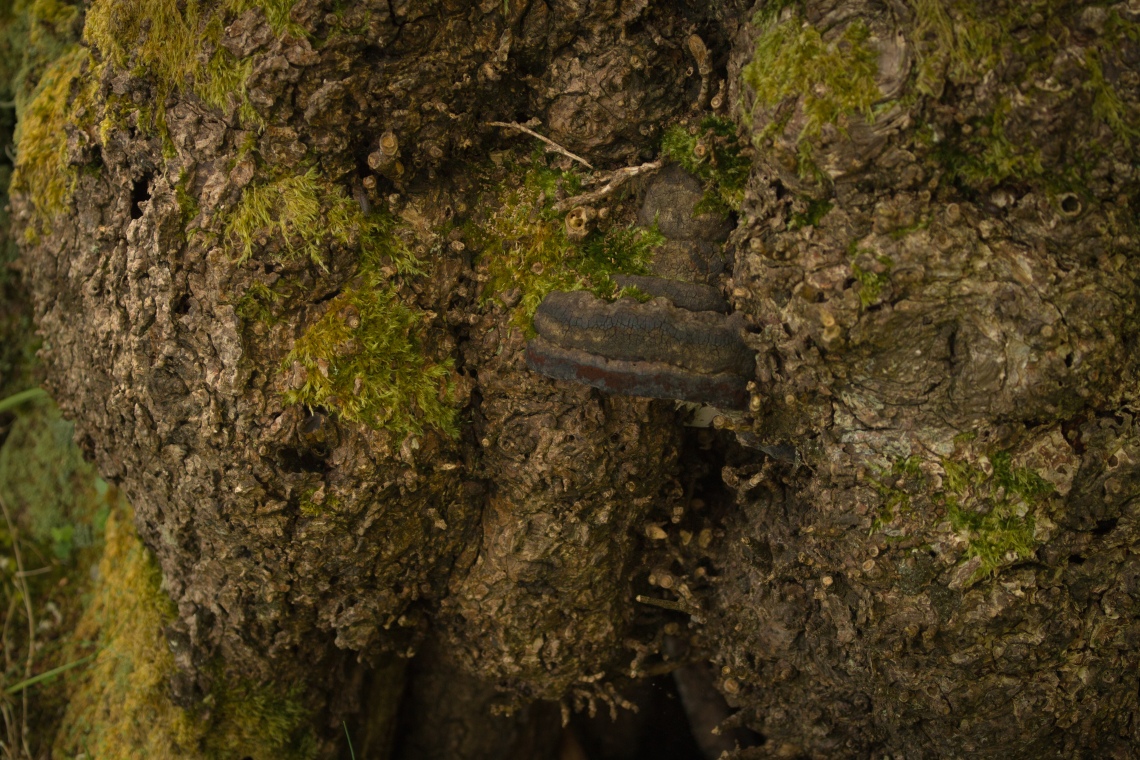 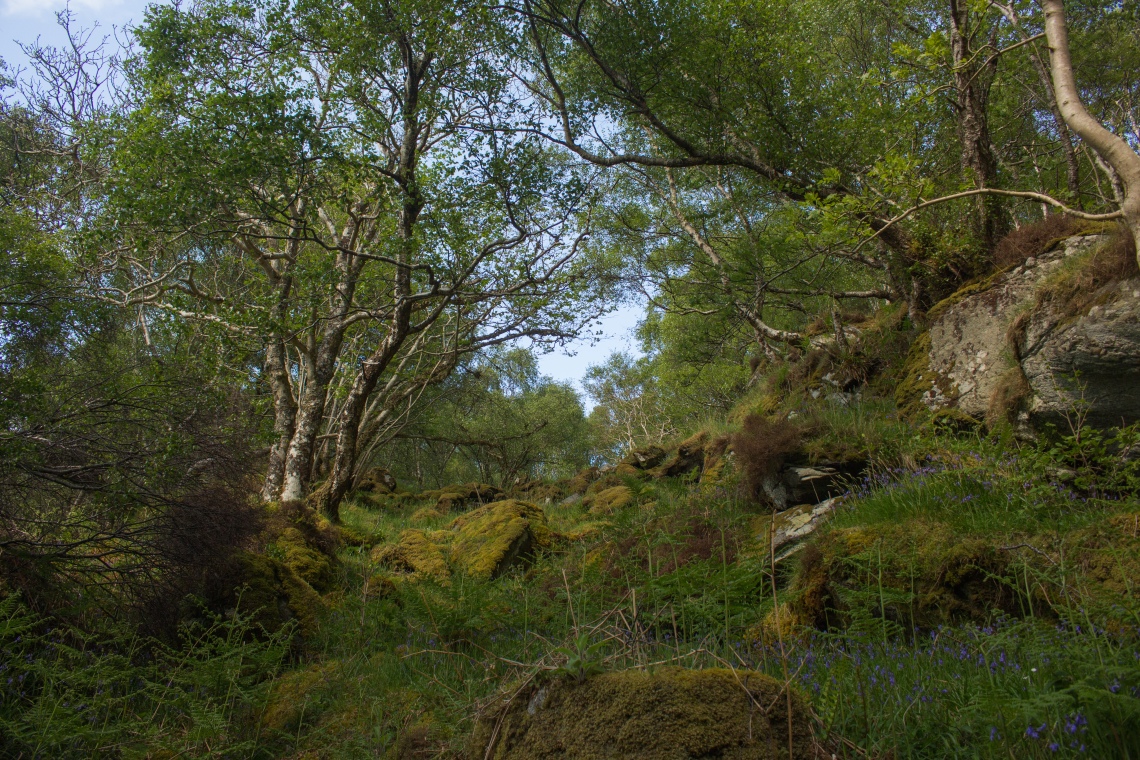 After leaving the first camera behind we soon found a good place for the second. Near the top of the hill we were climbing were small constructions of dry stonewalls that were slowly crumbling from misuse. It looked like the perfect haven for small mammals with countless hidey-holes, so we found a spot for another camera and baited it with apple. 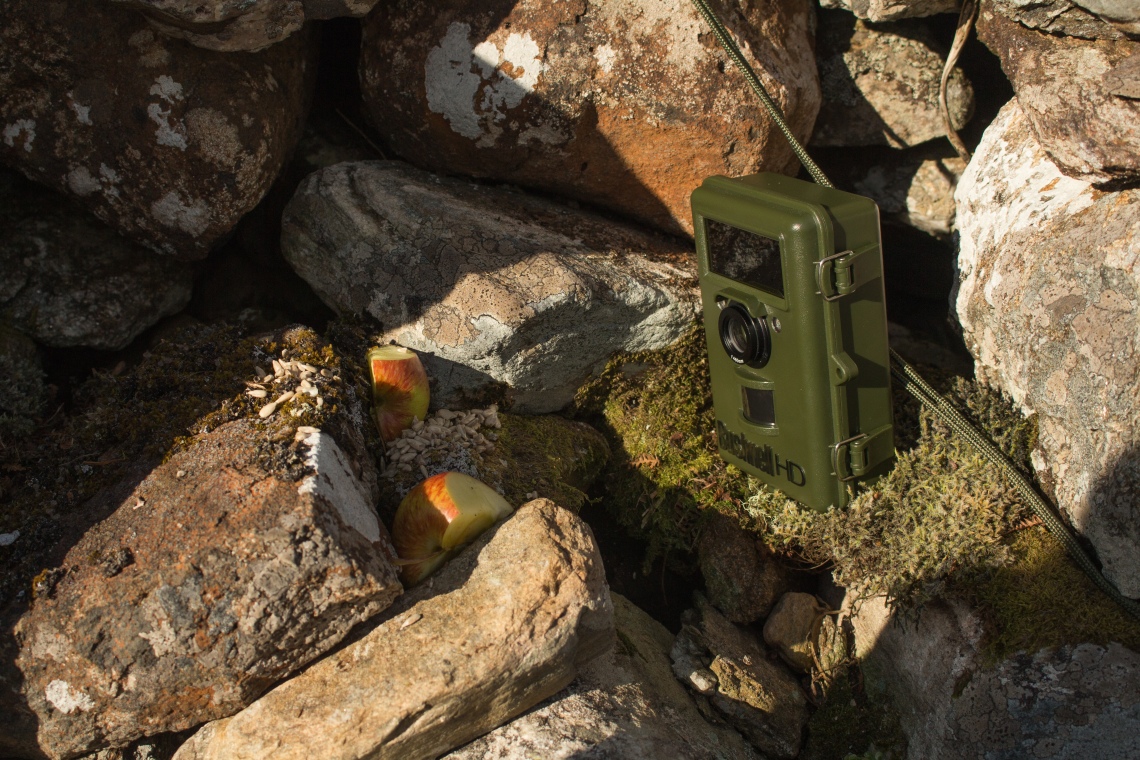 By early evening the sun was strong and casting an incredible light across the landscape, throwing the hills into sharp relief. Now standing amongst the heather and drinking in the view, the challenging terrain and heavy camera bags seemed trivial now we’d reached the top. The weather couldn’t have been better, no rain and hardly a breeze.

The way back was shorter as we cut across the hills instead of sticking to the coast. This allowed us to photograph the landscape from several high viewpoints and savour the perfect evening. Cain spotted a red deer darting through the heather and moments later we watched six more grazing across the water. After only a few slips and falls we made it back to the cottage unscathed. Needless to say, we would all be sleeping well tonight after a long but extremely awarding day. 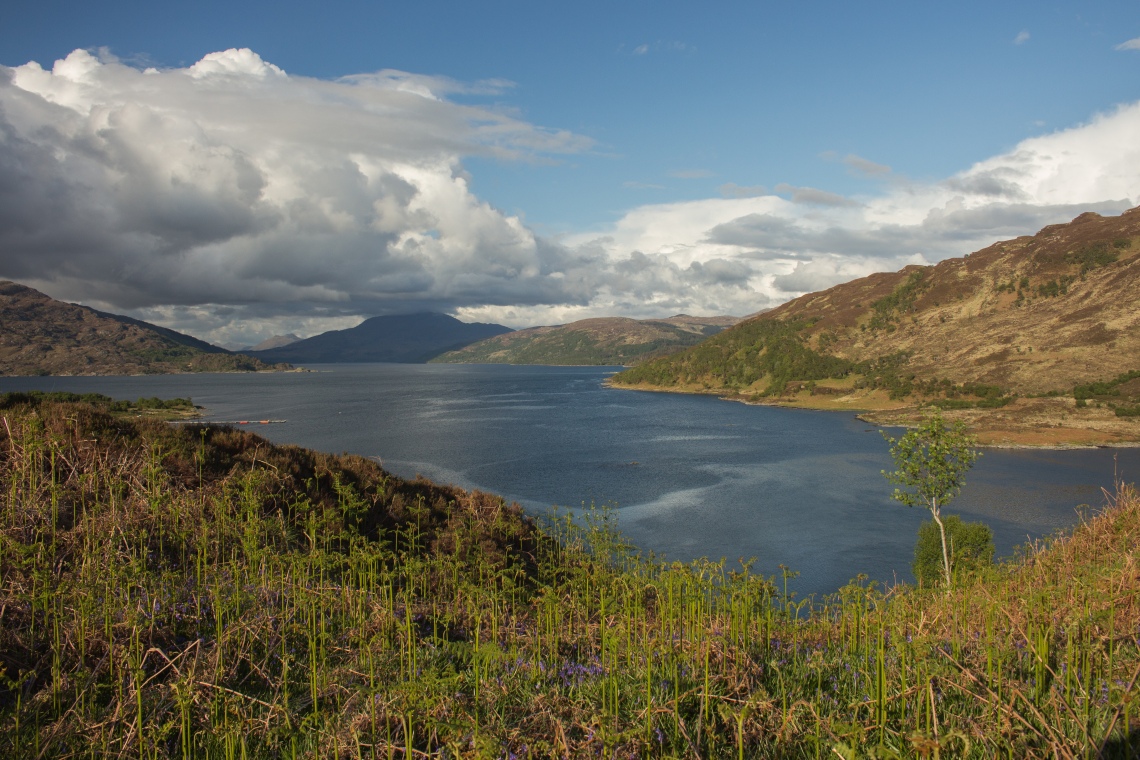