Another sunrise start for our final chance of watching the beavers. This morning the sun was visible, and when we set out it was a pale orange splotch hovering over the river, sending orange lines criss-crossing over the water as the wind stirred it. We made a beeline for our usual spot, slowing down as we approached the patch of rhododendrons in case the beavers had already emerged. Settling down and standing up tripods, the waiting game began. Infuriatingly, my hay fever chose this moment to launch its morning attack, and as my eyes streamed I fought the overwhelming impulse to sneeze and startle everything within a twelve-mile radius half to death. Not today hay fever. 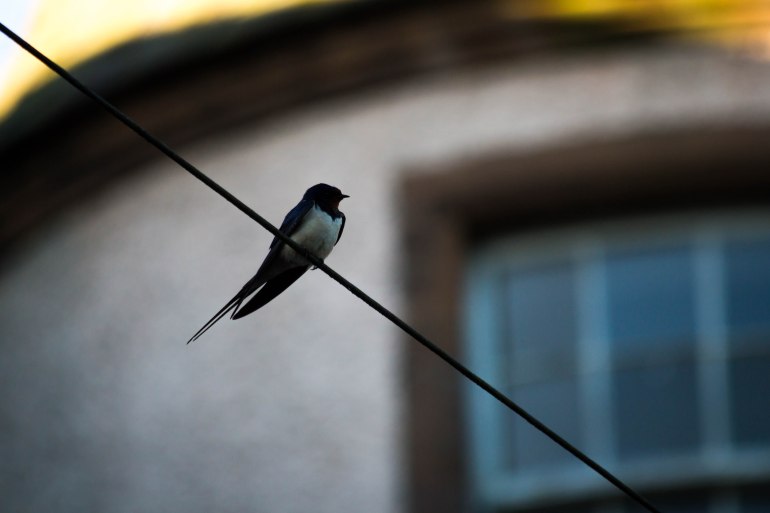 The morning continued on with no visitors. Slowly but surely the sun climbed higher, bleaching the blue water with white highlights. The usual breeze whistled under the overhang of the trees and made them wave and rustle; the only movement in sight. A pied wagtail landed on the dead wood, tail bobbing as it turned on the spot. Deep in the woodland thicket a thrush sang, while the jackdaws chattered noisily in the distance.

Suddenly a beaver appeared, cruising silently from under the bushes and into the light. It made its way upstream, to where the river weaved between clumps of reeds and grasses. There it disappeared, but soon we heard quiet chomping noises and knew it was breakfast time. 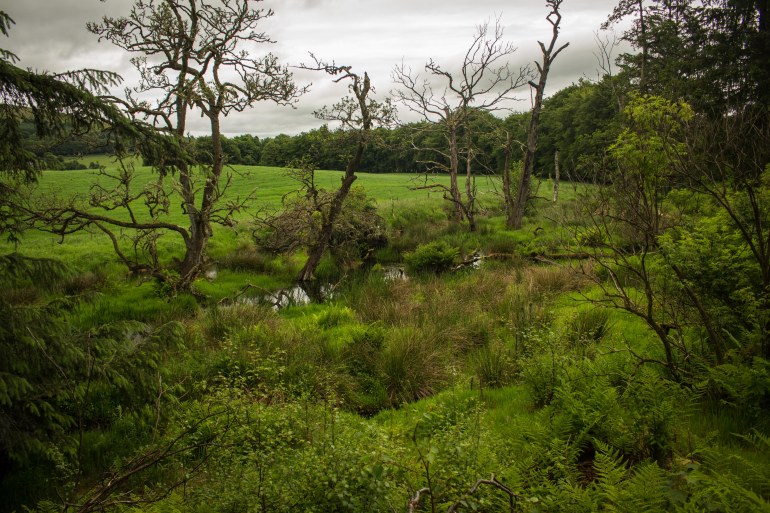 In contrast to yesterday morning, the lone beaver wasn’t joined by any companions. It was possible that they had fed well late last night and did not need to venture out. Before long Heather and Cain headed off to get started on assembling the expedition vlog. As they made their slow way back over the water, Cain stopped and gestured into the reeds. I suddenly realised we hadn’t seen the beaver swim back, and while he could have easily dived under and passed by unnoticed, he could also still be feeding. Sure enough, Heather set the scope up to film again. Not wanting to miss the action, I treaded up the grass path nearly doubled over, until I saw what they’d spotted.

Just at the water’s edge, behind a layer of long grass like a bead curtain, was our beaver. Hunched up, the grass trembled as he chewed, shifted his body and chewed again. Squatting down, I got as close as I dared and peeked between the blades of grass to try and get a clear shot. The beaver paused, looked right at me – so much for my attempts at stealth – and carried on chewing. He stayed for a while longer until eventually stepping forward out of the grass and slipping back into the water, gliding down and out of sight. 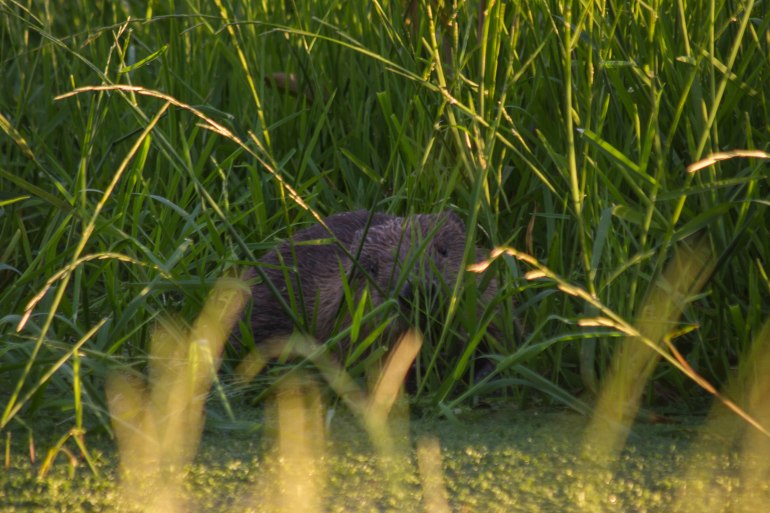 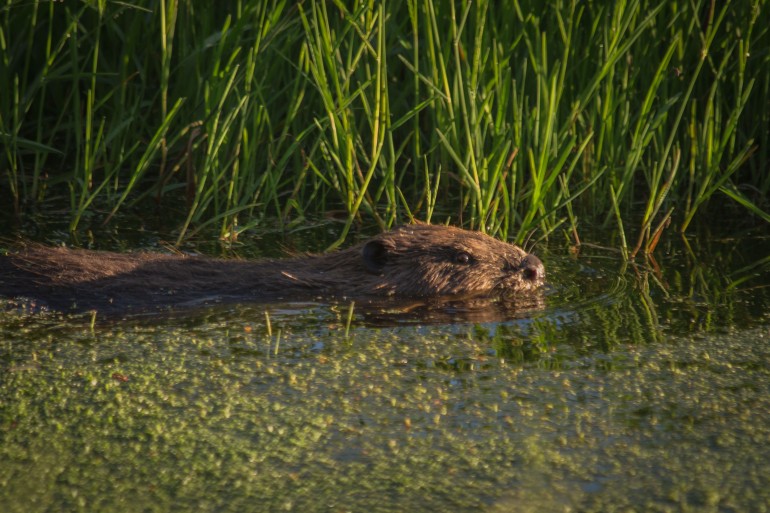 Once I’d got a few more hours’ sleep and eaten a hearty breakfast, it was time to check the camera traps. After the efforts of finding the right spot, setting them up and waiting for any visitors, retrieving the trap was the best bit. I retrieved my laptop and we all huddled around the table, eager to see if we’d got any beaver footage. After the first trap only showed clips of grass blowing in the wind, we were a little disappointed. However, on the trap that we’d set on a post in the river, pointing towards a mud slope, there were multiple clips of beavers waddling in and out of the water! First a male coming and going, dragging his paddle of a tail behind him. Then another clip showed a much wider animal – the female – following the same route. It was so great to see, especially since we’d only seen the tops of the beavers’ heads as they swam on our morning stakeouts. To see their whole body and capture moving footage was a fantastic end to the expedition. 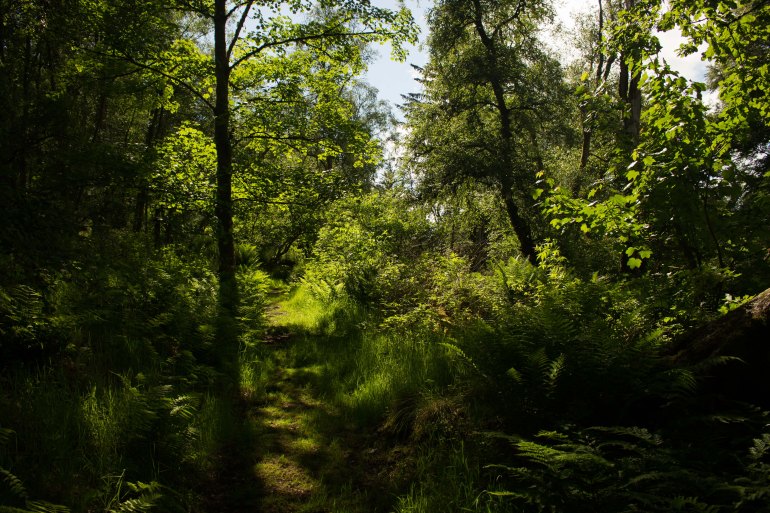 All too soon it was time to leave the site, and as we drove back down the gravel track the sun continued to shine. We decided to go back down south via the Loch of the Lowes, a Scottish Wildlife Trust site, to try and see some ospreys that were nesting there.

The loch was the largest I’d ever seen, looking more like an alcove that led into the ocean. The water was sparkling blue under the still beaming sun, surrounded by trees of every shade of green. We set up in the hide and the reserve guide pointed the nest out to us. On the far side of the loch, high up in one of the trees, was a clustered pile of branches and twigs, inside of which perched an adult osprey and two scruffy chicks. I’d never seen an osprey before so was thrilled to see such a fabulous raptor on the nest. As I watched them down the scope, the adult tended to her chicks, which were peering over the edge of the nest at the world around them. 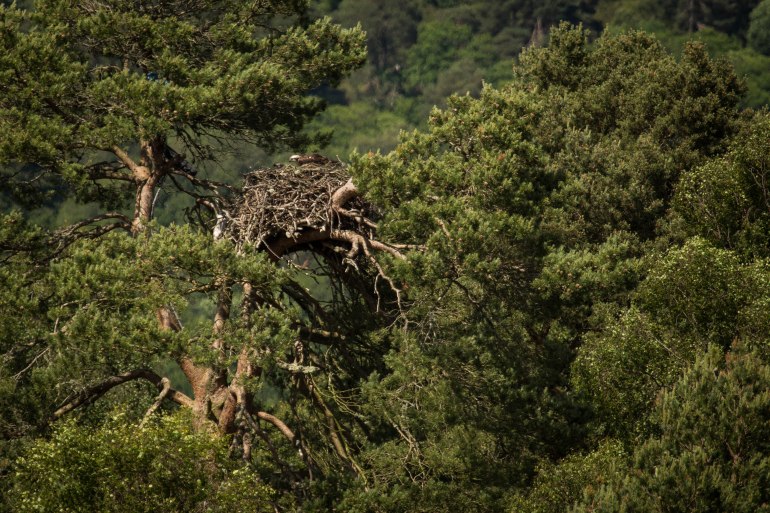 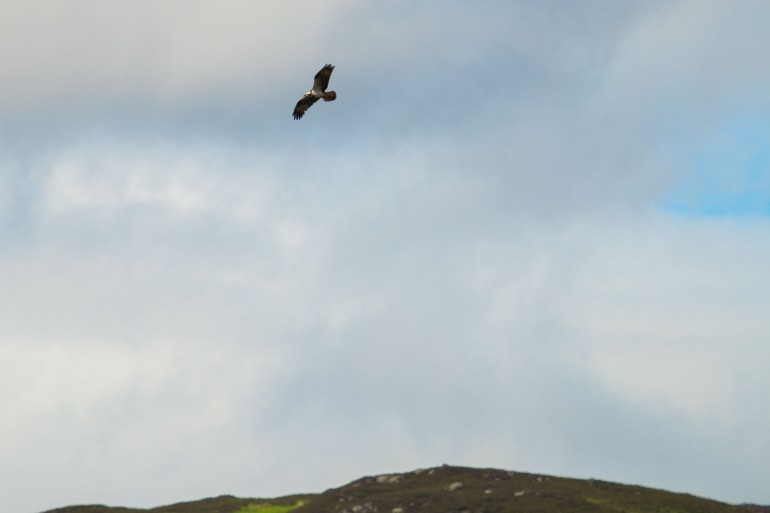 Before long it was time to hit the road again, and after such a packed weekend I couldn’t stop myself dozing off in the car. I arrived home with my pockets filled with beaver chippings, woodpecker feathers and endless pages of notes – sure signs of a good expedition.

I am a wildlife writer based in Moray, Scotland. My main interests are British birds and mammals and since moving to Scotland I have been focussing on coastal and marine species. I aim to use my writing, photography and artwork to inspire others to connect to the natural world and discover their local wildlife.