First uni assignment is finished! It’s been a real learning curve creating a vlog; for me the main challenge was addressing everything I wanted to cover in under two minutes. It’s true that it’s a lot easier to make a long film than a short one. Still, I’m pleased with what I’ve achieved and above all, I’ve learned a thing or two about both Adobe editing software Premiere Pro, and also kit used for filming. As a photography gal, I’ve often shied away from filming due to a lack of both interest and skill. But, by adopting a casual, vlog approach, I’ve been able to experiment without the daunting prospect of producing a full feature length.

The task was to produce a two minute vlog on a photographer of our choosing, then take three photos inspired by their work. The whole process was to be filmed, from research to final edits. This was easier said than done when you were only given 120 seconds for said masterpiece.

My chosen photographer was Albert Renger Patszch, a German artist whose prime era was 1920s and 30s. His work was incredibly striking and caught my eye instantly, so I knew I wanted to explore his life and work in depth.

After swatting up on Renger-Patzsch I got down to the business of taking my own photos. I knew I wanted to do macro photography, a style I’d only used rarely up till now. So, I checked out a macro lens from the uni store and set about finding something to take. After a while I found the sea urchin shell I’d kept from the Isle of Carna, and thought I could really go to town with colour and texture. I then went on a hunt for other natural trinkets and collected a discarded conker shell from the park and a scrap of really intricate moss from the garden. I’d found my three subjects. 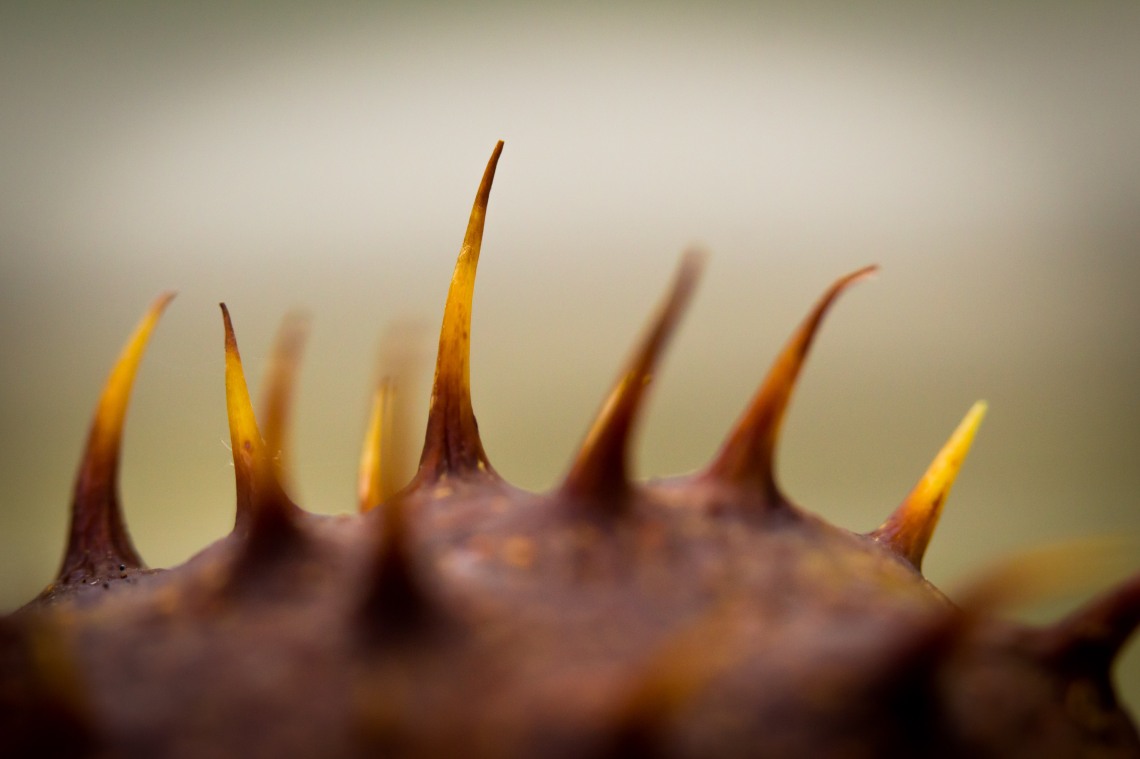 I wanted to photograph insignificant objects that people hardly notice and transform them into something unrecognisable, using a macro style to disguise reality. Renger-Patzsch’s focus was definitive shapes, so I captured this conker shell from a low viewpoint to give the vertical spines a dramatic outline against a blurred background. To do this, I used a small aperture (f/5.0) to isolate a single spine and create depth within such a small space. I kept the rule of thirds in mind and positioned the shell in the bottom third to keep the image balanced. 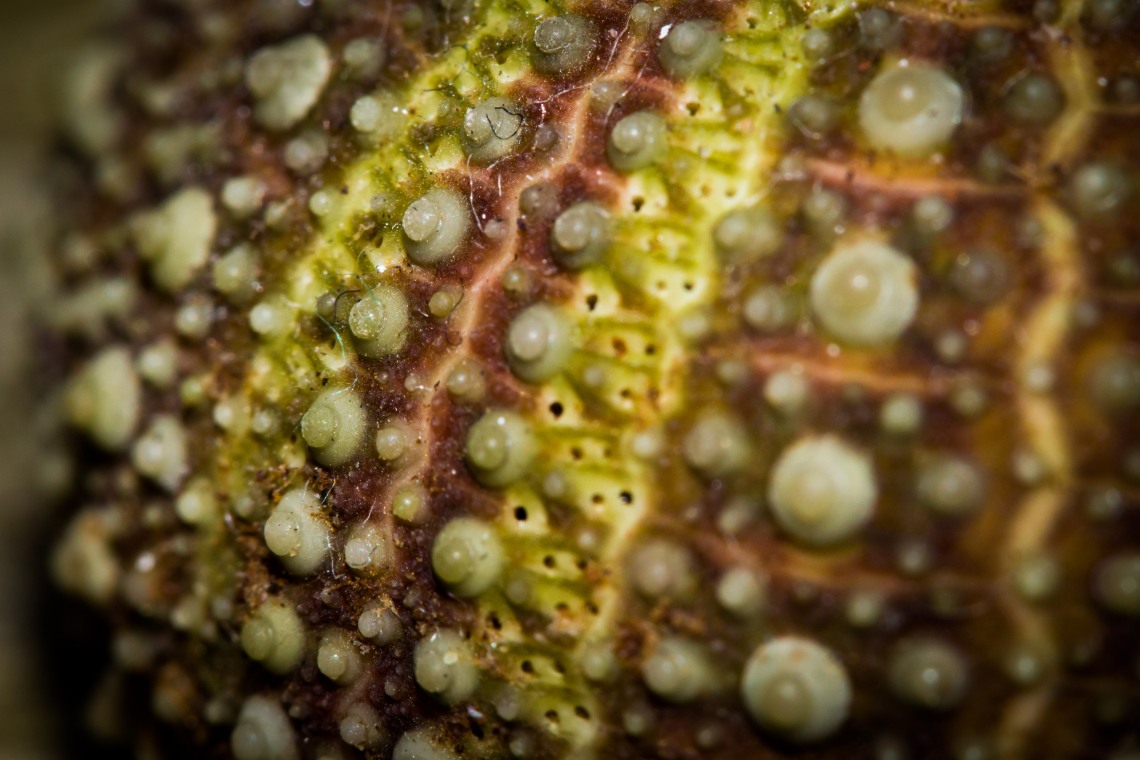 In the 1920s, Renger-Patzsch could only photograph in monochrome. This emphasises contrast between shadows and highlights, but I wanted to approach his geometric style with bold colours to achieve a more diverse tonal range. I loved the texture of this sea urchin shell, so I captured a small section in sharp focus, drawing the eye to it. I used a flash to prevent the image from being underexposed, due to the small distance between camera and subject. This diluted the hues slightly, so in post I boosted contrast and increased saturation to make the colours vibrant, giving the image a dramatic edge, emphasised by crisp textures.

I found some moss in the garden and wanted to see how it looked up close. Again, I used a relatively fast shutter speed (1/100) and a low aperture to prevent camera shake and give the image a shallow depth of field. Afterwards, I increased the orange hues to accentuate the tiny leaves on the second vertical third line and make it the focal point in the frame. Although I like the leaves’ intricate shapes, the colours are quite monotonous. The busy, repetitive subject matter is similar to Renger-Patzsch’s image “Needles”, but this shot may be more effective with multiple colours.