After nearly a year at university, Zahrah and I decided it was past time we paid Watchtree Nature Reserve a visit. Now I had the car, it was only a twenty minute journey. The result was one of the best wildlife encounters I’ve had.

We began the day in the wetlands hide. Almost immediately we were met by a group of goldfinches, swiftly followed by some tree sparrows, a species I’d never seen before. I’m used to seeing goldfinches in pairs, but it was a treat seeing even more at once. After gobbling a seed they would turn and study their surroundings, always on constant alert. I keep forgetting just how lucky I am to be an apex predator. I couldn’t imagine waking up each day and wondering if I’d end up being somebody’s breakfast. I commend the natural world for its gritty determination – we humans have so little to worry about in comparison.

After the goldfinches left we were joined by a great-spotted woodpecker and two more species I’d never seen before, redpoll and reed bunting. I couldn’t believe how soon the birds had come after we’d entered the hide. 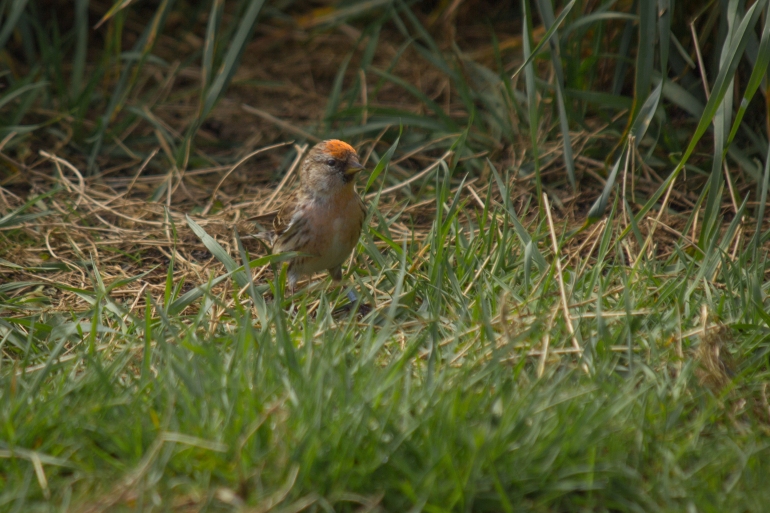 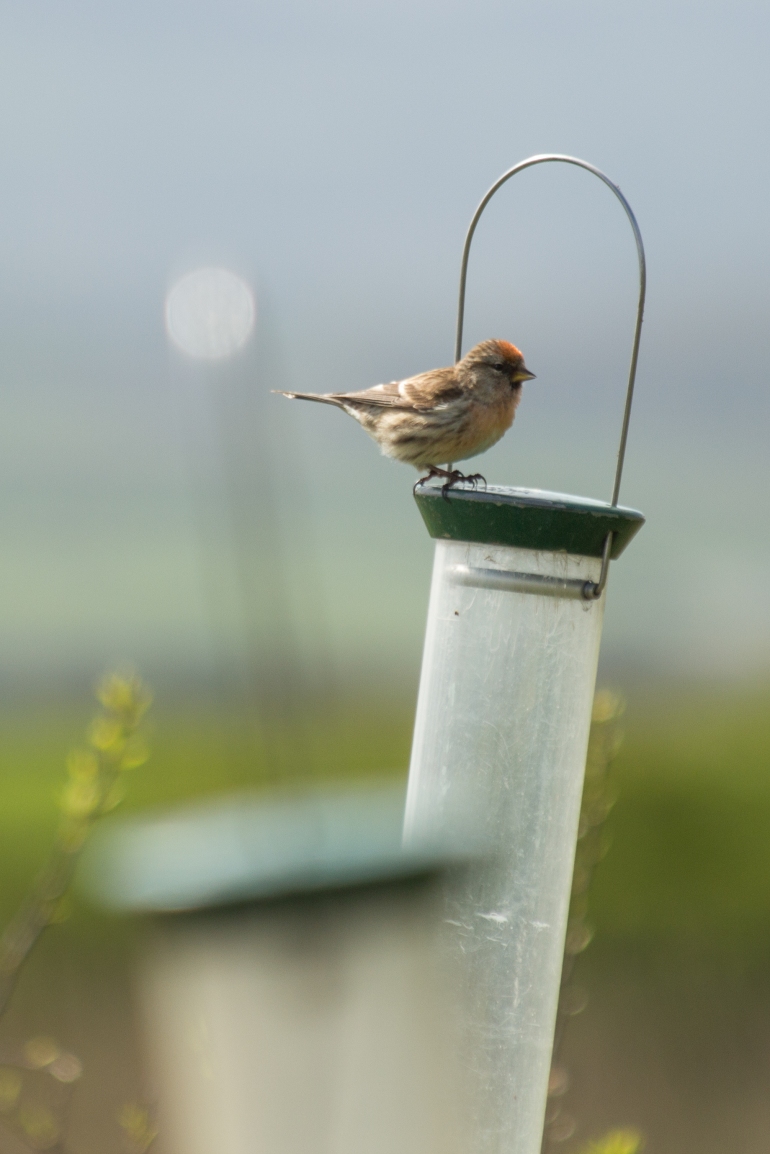 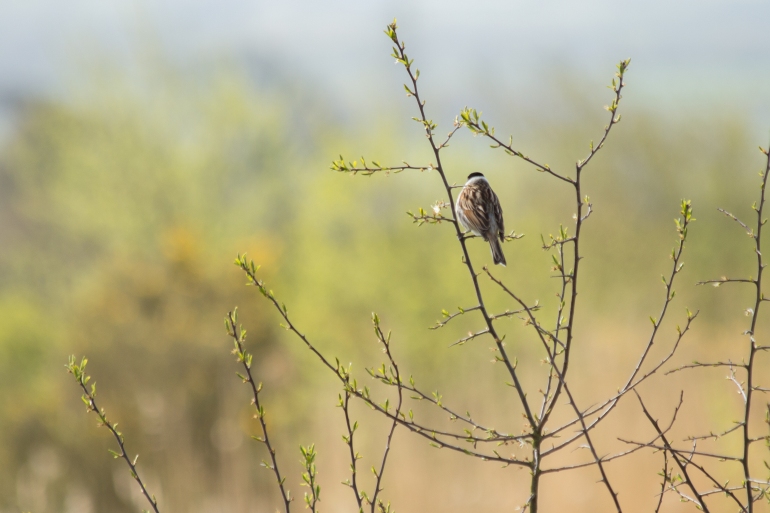 After some quality time photographing the birds, we meandered past the marsh pasture. Here we saw more birds, including a lone oystercatcher and a buzzard wheeling overhead, pestered as always by corvids. 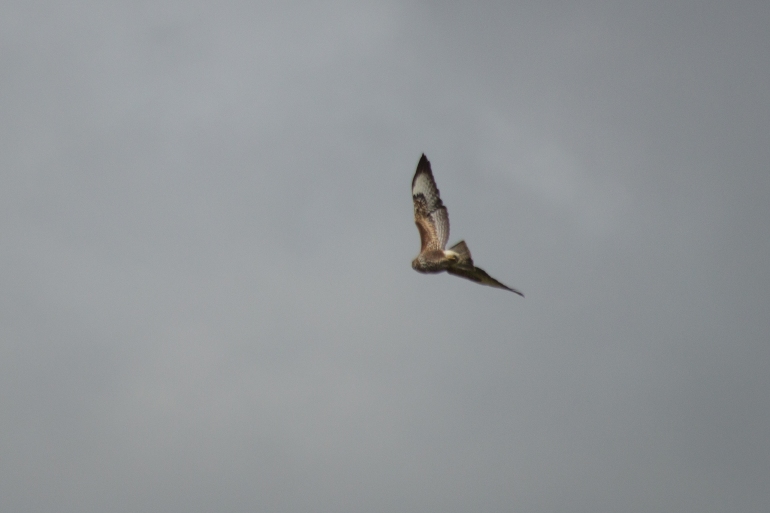 Then, eagle-eyed Zahrah cried out and pointed to a hare speeding along through the field. Too quick to even keep in frame let alone get a clear photo of, I watched the creature in awe as it bolted out of sight. They really are formidable animals, and not to be messed with.

Giddy with happiness at our good fortune, we visited Pow Woods to eat our sandwiches. After, we skirted the perimeter. I was just ducking under a low-hanging branch when I glimpsed something ivory-coloured. When I made out antlers I almost shrieked. Sat on a raised mound of grass was a roe buck skull, antlers intact. The jaw was missing, but it was still the most incredible thing I’d seen (perhaps dwarfed by the sei whale bones at Tullie House, but I’d found the roe all by myself). 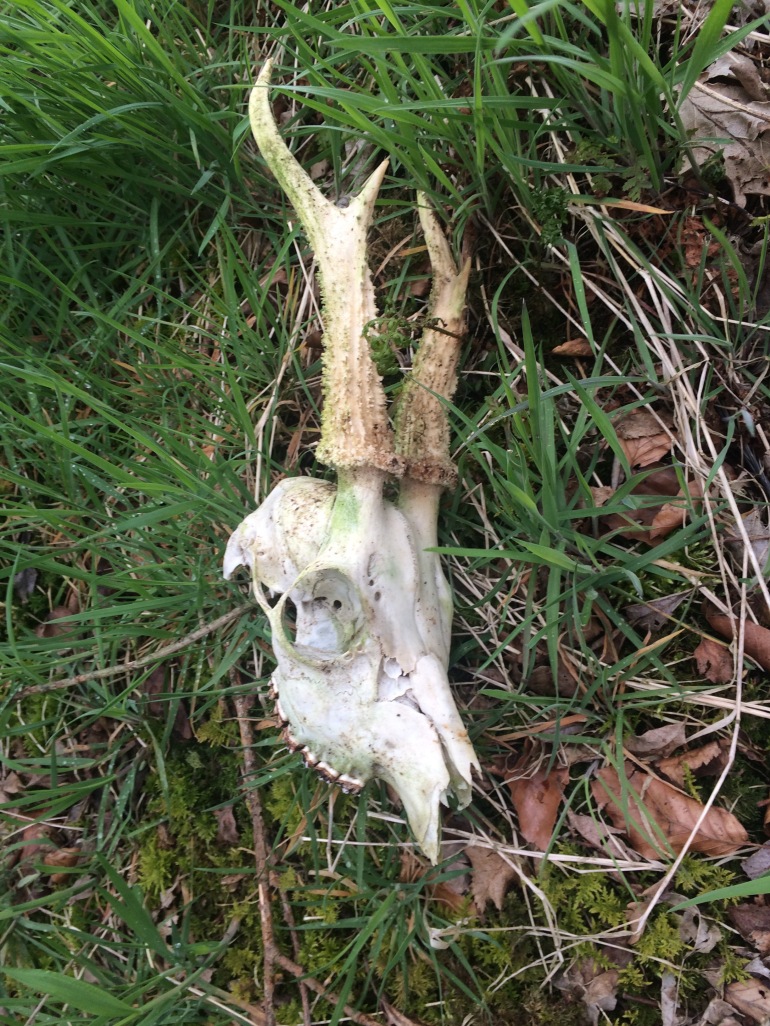 For a while I’ve wondered why skulls are so often found without the rest of the body. As if the magic Pow Woods wanted to prove me wrong, twenty minutes later we found another roe skull, this time with its whole skeleton! This individual was female, lacking the prickly antlers. All her bones were laid out flat on the grass; scattered ribs, vertebrae still loosely set together and long slender leg bones.

By this point Zahrah and I were in disbelief. I relished the opportunity to study something so intricate and complex – skin and flesh had been stripped away to reveal the inner workings of a animal. A thousand questions popped in my own skull. How old was she? How did she die? Most of the bones were unbroken. Both skulls, male and female, had had their noses shattered. Later that evening, I discovered that foxes often chew this part of the skull to get at the nose tissue inside. I could only assume both deer had died of old age – surely nothing in Watchtree Nature Reserve would be big enough to take one down. Even in the wild, adult deer have few predators besides ourselves.

Zahrah and I walked back to the visitor centre in a daze. We’d seen a spectrum of birds, a hare, and now a complete roe deer skeleton. How could our day be better?

As we walked through the scot’s pine, a lone buck meandered across our path. No doubt he’d heard, seen and smelt us coming, but still took his time foraging, eventually disappearing into the trees. At the time my camera had been in my bag – shameful on my part – so the only shot I managed to get was his rear end as he melted away out of sight. Still, I valued the experience alone. 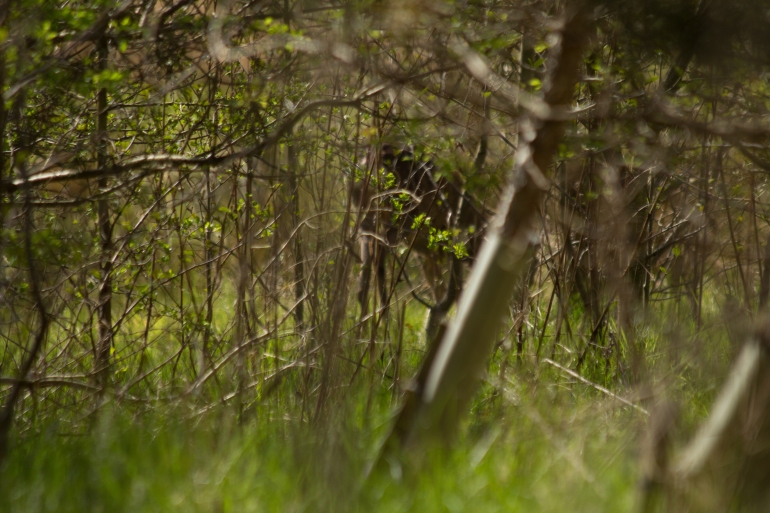 Safe to say, Zahrah and I are planning to return to Watchtree Nature Reserve in the very near future. Although, I’m not sure we can better this visit!

I am a wildlife writer, photographer and artist who enjoys inspiring others to connect to the natural world with positive and immersive storytelling. Since moving to Moray in Scotland I have been focussing on marine and coastal wildlife, but the forest will always be my favourite wild place.