Last Wednesday my boyfriend and I had a free day, so decided to go for a hill walk in the Lakes. As we scooted along the M6, the weather transformed from dry, drizzly to snowy. The experience felt like we were being transported through time. After having some lunch in Windermere, watching Goosanders and an array of swans and geese paddle by the water’s edge, we headed off into the wilderness. 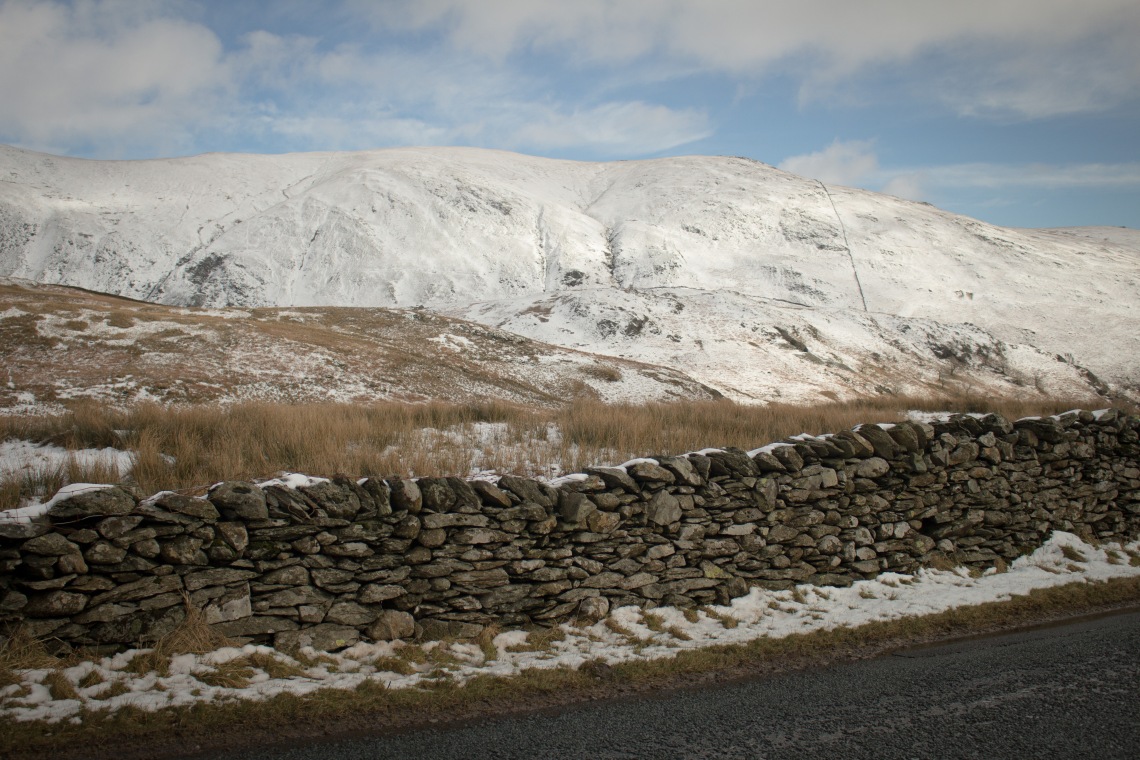 What I find most magical about snow is the tranquillity that accompanies it. An almost eerie silence settles over the landscape, and even breathing sounds deafening. As we pulled on hats and gloves, I couldn’t stop gazing at the formidable rolling hills and dry stone walls dusted in icing sugar. It was bizarre to think that back in Carlisle, we hadn’t had a flake of snow, and here the scenery was thick with it. 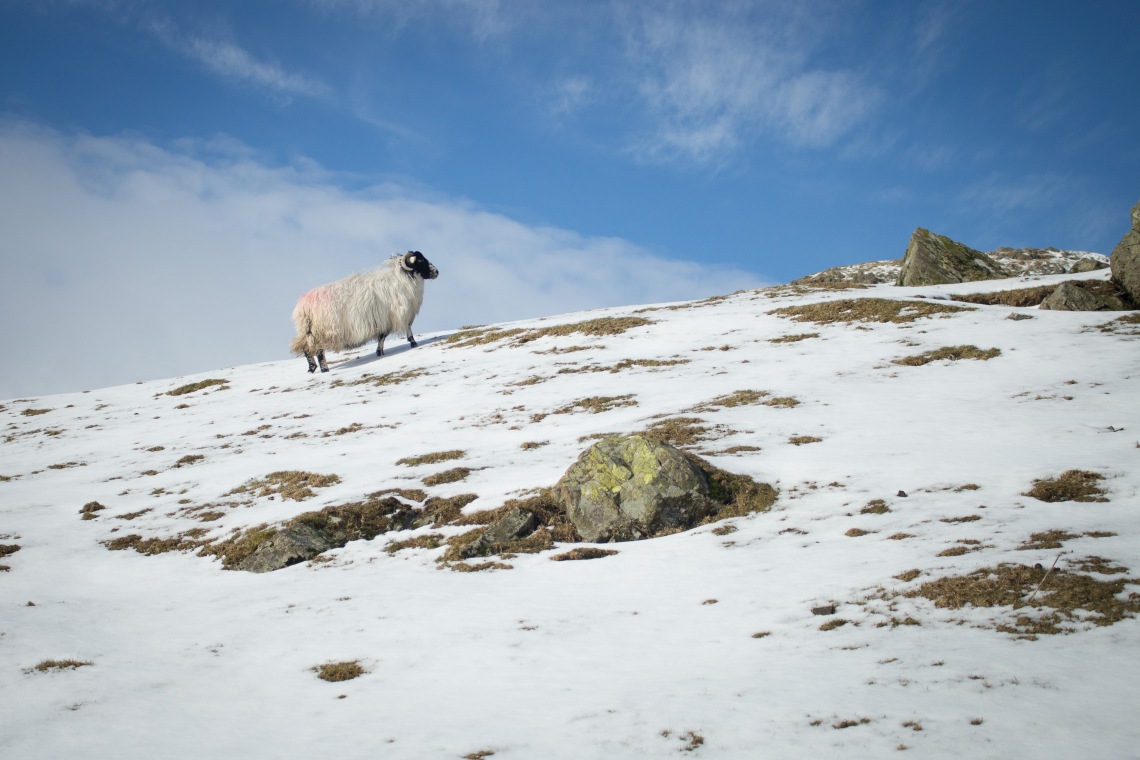 We followed the sheep up the hill, who were far more sure-footed than I. Despite my horrendous balance, I only ended up falling on my face twice, which I considered an achievement. Every so often I couldn’t help but stop and drink in the landscape before me, spread out like an unrolled map. The vibrant blue sky against the pearly white hills looked like an illusion, too perfect to be real. For a moment I was ridiculously proud of my country, impressed with the magnificence of little old England. So many people shoot off abroad to enjoy stunning scenery, and don’t appreciate what they have a short drive away. 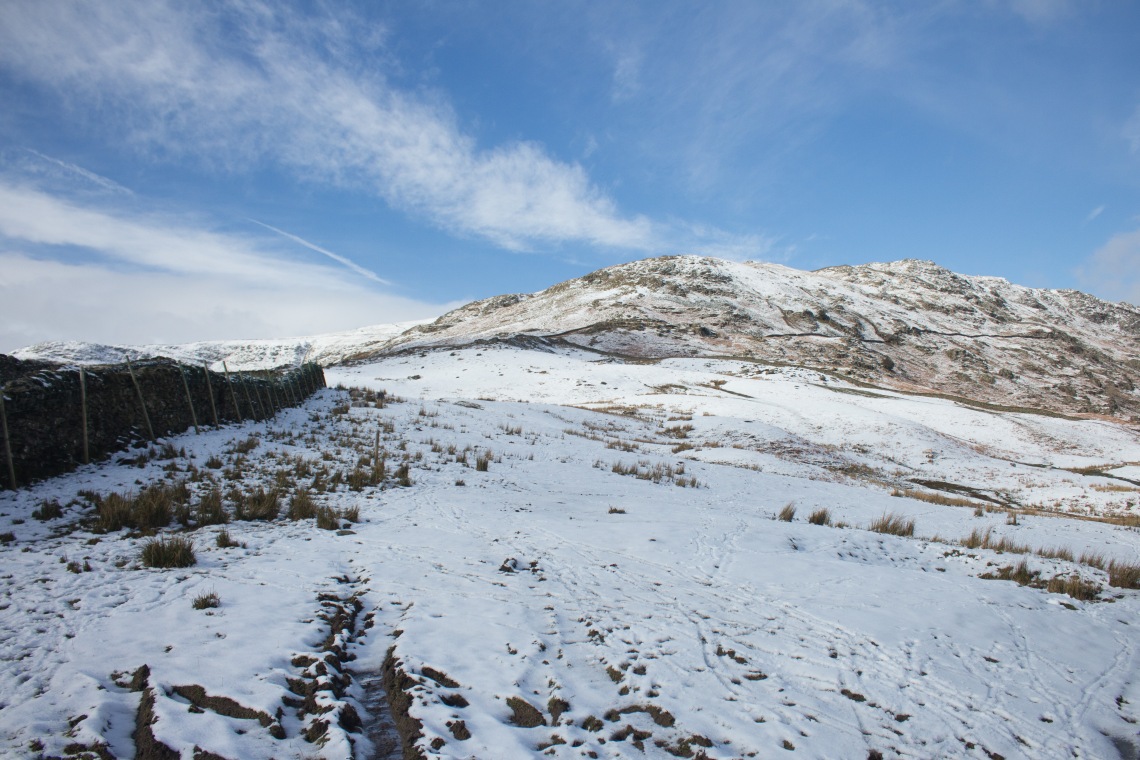 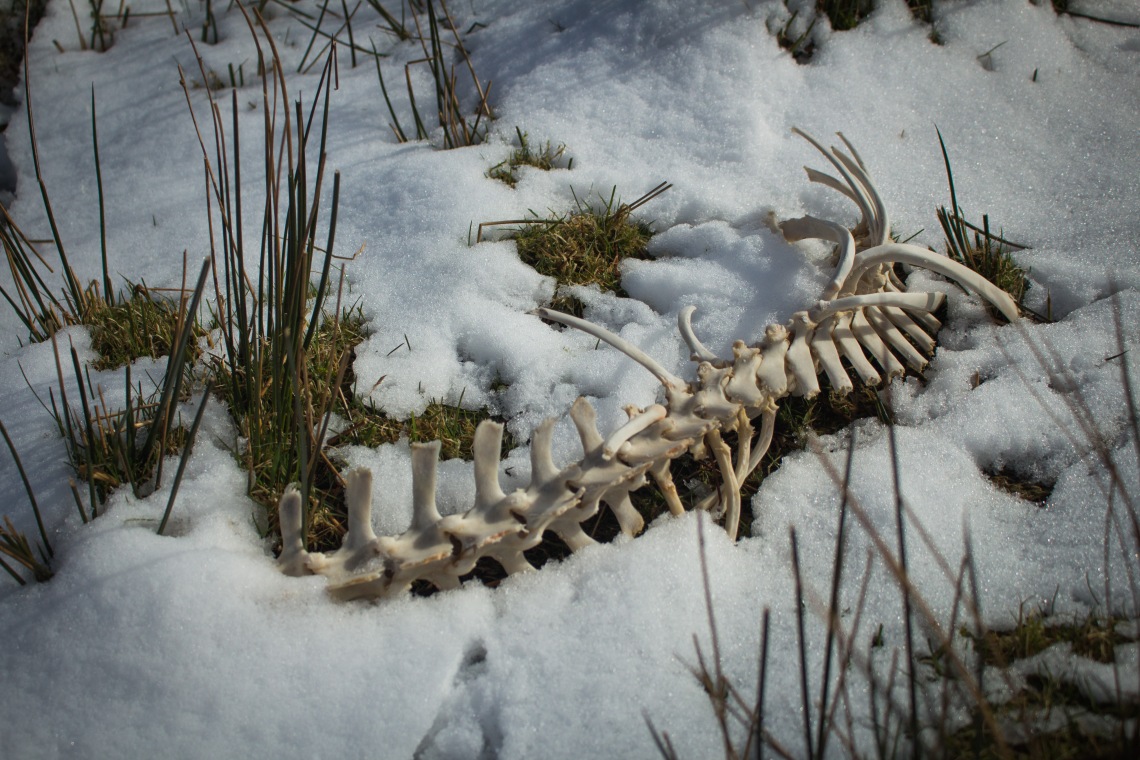 It really did feel like a different world up there, with only the sheep for company. At one point we stumbled across a set of vertebrae lying in the snow, presumably from an unlucky sheep. It was a bizarre find, but captivating all the same. 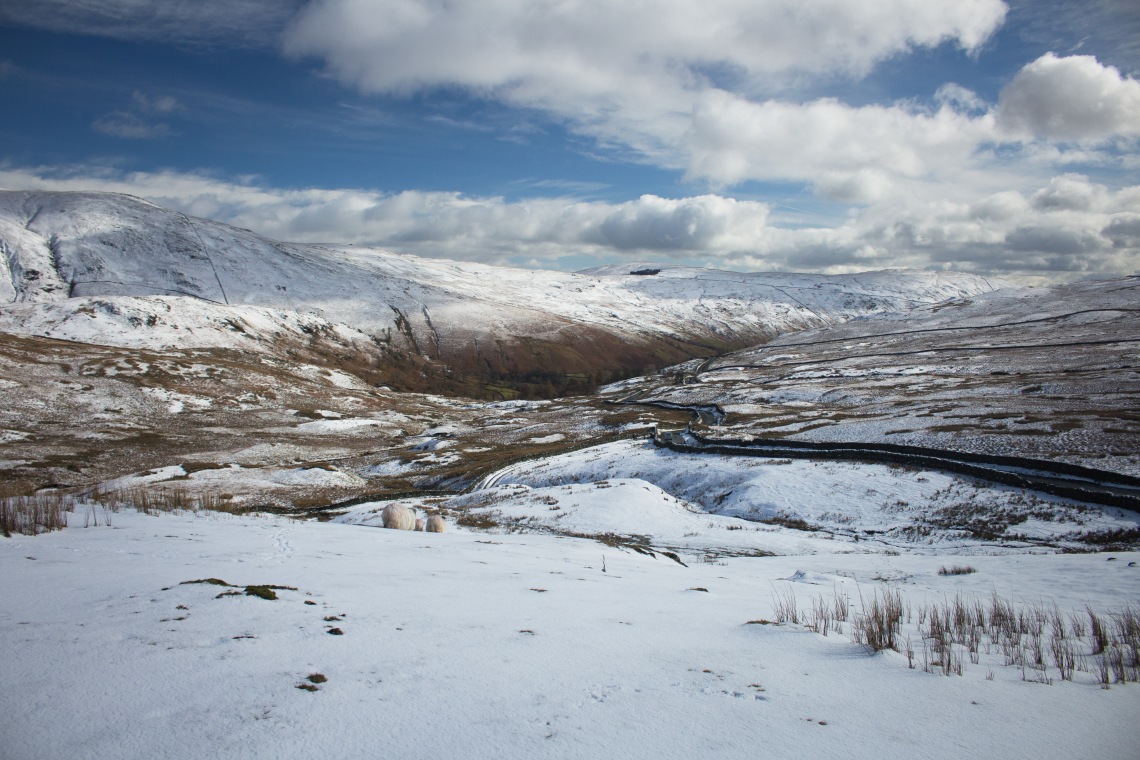 The ascent was a challenge, but worth every slip and stumble for the view from the top. Due to a threatening white-out that had already claimed a nearby peak, we refrained from climbing very high, but the sight was still breathtaking at six hundred metres . Even without the beautiful covering of snow, the contrasting textures and rich colours had me snapping away like a photographer possessed. Eventually the time came to make our slow descent back to the road. Although thoroughly puffed out, I was beaming ear to ear after my adventure.

2 thoughts on “Winter Wonderland in Spring”